One-Liner: People Who Need People on Game and Player 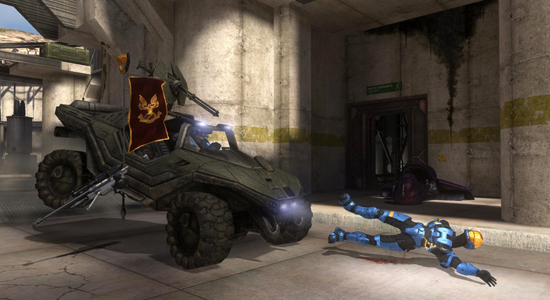 How much value do you place on multiplayer?

ome people argue that, these days, if a game have doesn't have a multiplayer component that game hasn't reached its full potential. Obviously this isn't always the case — there have been a number of recent single player only releases that have rocked the review charts, but we've also seen solid single player games move to incorporate a multiplayer component, such as BioShock 2.

My question isn't whether or not a game needs a multiplayer component in order to be successful, but rather, how much value do you place on the multiplayer capabilities of a game? How heavily does this factor influence your purchase decisions?

I may be the only one, but a game having multiplayer does not influence my purchase decision at all! I'm much more influenced by how strong the single player portion of the game is.

But I will say for games that do feature multiplayer, it's disheartening when the multiplayer is either local-only or online-only.

I have no interest in multiplayer, and will happily skip games where that is the focus. Or, heck, when I feel the single-player experience has been compromised by the need to add multiplayer. I'm a misanthropic old grognard, singleplayer all the way.

Unless, of course, we're talking about sports games. Then I'm down.

Also, MMOs are fine, since most modern ones can be played as a SP game most of the time.

I hope you're not referring to BioShock ^_ -

Personally, it depends on the season. Since I have no access to XBL while at school, i refrain from purchasing mutliplayer-heavy titles (hence the reason I do not own MW2).

To be fair, that's not how it used to be. Especially in my earlier years, i played almost exclusively single-player platformers. And my favorite game ever is BioShock (the first one--the one without multiplayer).

So, like i said, depends on where I am. But if i have access to other people, I generally prefer to be playing with them.

Since I've played so many games whose multiplayer may as well have been an afterthought, I don't demand the feature.

But there are titles I've purchased solely for multiplayer (Chromehounds and Call of Duty), and there are titles I would have loved to have played with friends (Oblivion). And I tend to turn on my 360 with the expectation of making use of my friends list.

I find it hard to pin myself down to one mode of play. One one hand, I love a good SP game with a great story, but my fondest memories of any SP experience are of playing them, tag-team style, with my sister.

In doing so over the years, this has instilled a desire in me to share the gaming experience with others, but not necessarily in an online environment.

The brief number of years I have managed to play online hasn't really brought me the exact same satisfaction I experienced when I would play Final Fantasy VII for my niece and nephew, or share in the utter horror of Resident Evil 2 with my sibling.

In general, I would hope that developers will avoid feeling pressured into "throwing in" a MP experience just because critics are expected to be jerks about it. Nor do I think some games require the need for SP as long as what they have created can stand on its own.

Some games would not benefit at all from Multiplayer. Or rather, if they did have multiplayer, it would become a completely different game.
I mean, look at the very awesome Batman: Arkham Asylum. How would that work?

However, I will say that it is easy for a mediocre game to become worthwhile with the inclusion of co-op play.