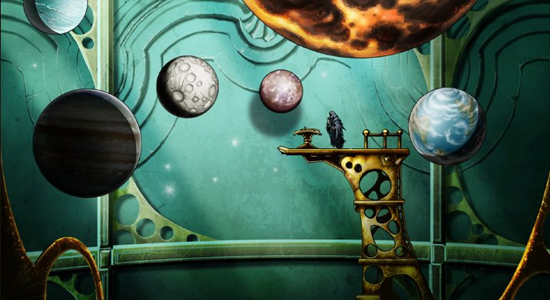 Look for me playing on release day.

n my final day at PAX East I had the chance to check out Puzzle Quest 2. Being only somewhat familiar with the original Puzzle Quest, I made my acquaintance through the presenters' differentiation of this version from the last.

The basic concept of the RPG/puzzle mash-up remains unchanged. You choose a class (War Mage, Assassin, Inquisitor, and Barbarian are all new in PQ2), and proceed to pick up quests, gather experience, and outfit your character with equipment as you complete the story. Where Puzzle Quest branches off from traditional RPGs, however, is through the puzzle-based battle system.

If you were a fan of the original, there's no reason why you won't be impressed with this sequel.This section of the game consists of matching similarly colored spheres to build mana of that type. After building your mana, you are offered a selection of abilities with which you can damage your opponent. Different classes excel at manipulating different tiles and using different sorts of mana, so it's up to the player to decide how they want to approach the battle based on their own strengths as well as their opponent's weaknesses.

Equipment has evolved from acting as simple stat modifiers to pieces having their own unique abilities in some cases. Equipping a two-handed sword may enable a whirlwind offensive ability, while equipping a sword and a shield will not only increase your resistance to incoming attacks, but also allow you to bludgeon your enemy.

In the end, if you were in any way a fan of the original Puzzle Quest, there's no reason why you won't be equally, if not more, impressed with this sequel. D3publisher may not have altered the formula drastically, but really didn't need to. Puzzle Quest 2 seems to have all the right tweaks and an expansive campaign — look for me playing on release day.

Me too. I'll just have to decide between DS and Xbox Live.
I'll probably go with DS just because it's a game I can (and would want to) play anywhere, anytime.