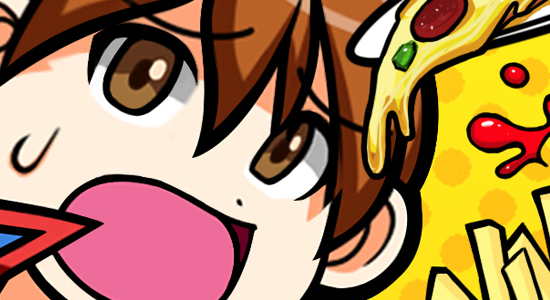 Charming, if it weren't tightly locked into an unforgiving structure.

aving worked in the restaurant industry for many years, I know what happens to overcooked food, misfires, and entrees orphaned by customers too angry to eat — it's offered up buffet-style to employees in the back or is deposited in a plastic bucket for the dishwasher's dog. Neither is represented in SouthPeak's Fast Food Panic. I mention this because the game ties together restaurant elements both realistic and unrealistic in the hopes of creating a light-hearted, cohesive puzzle experience, but it turns out schizophrenic due to the game's structure leaving little room to wiggle.

The WarioWare series is the perfect example of turning many fun ideas into frantic gameplay that works. And because the mini-games take on myriad forms within a simple structure, the player never gets bored or bogged down by the occasional stinker. Fast Food Panic tries to evoke a similar frantic experience but on a much smaller scale. If the burger-flipping mini-game has you down, try to muster up a happy place in your mind as you flip over and over again — bun, patty, bun, patty . . .egg? This game is also very Japanese, so some may marvel in a few of the ingredient choices.

And when a new dish is introduced, the mini-games that dictate cooking will leave some players scratching their heads when the window for success seems too loose to master. And the game moves at such a brisk pace — even on easy mode — that frustration cannot be avoided.

Satisfaction comes in the form of watching customers storm out and hearing the player's avatar politely thank them for their patronage anyway.

That's something Fast Food Panic gets right: the humor. The pronunciation of spoken words is a laugh, and instruction between stages provides the occasional gem: "Welcome to New York. Satisfy the big American eaters."

So, yeah, typing numbers into a calculator is infantile, but as a mini-game that rarely shows its face it could have been a novelty that adds to the charm. Fast Food Panic suffers from being locked into an unforgiving structure. It's time the cooking genre be dictated by quirk alone. Watching a meter as a slab of meat sizzles into the red zone is a lot like watching water boil in real life.

Both the DS and Wii versions feature a hectic career mode with a side of light mini-games for the kid in need. The Elite Beat Agent's art style looks great in both, but I'll take the touch controls in the DS version over the Wii's imprecise waggle.