One-Liner: Games vs. Creationism on Game and Player 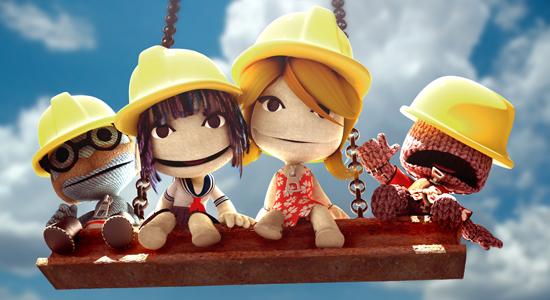 he track editor in Excite Bike for the NES. taught me to find value in the create-mode option. But I could never lay down more than two ramps and a tabletop without getting bored. As a child I screamed "novelty" and shook it off hoping that one day a game's tools would rope me in so much that I'd hammer at the chance to one-up the developers at their own game.

I thought for sure LittleBigPlanet would draw the Will Wright out of me, but I couldn't be bothered with its epic create-mode tutorial served with a side of "poppit" confusion. WarioWare DIY had me at hello, and I spent two hours creating a gear in pixels and animating it, but then the idea of dropping it into some sort of game idea scared me back to Picross 3D (of which also contains a create mode). I'm a gamer. I just want to get high scores.

Creation is in me, but I'm having trouble making the two ends of my psyche meet. Do you find that creation modes scratch your gaming itch?

I like to dabble, and with games like Chromehounds and, more recently, MechWarrior 4, spend as much time in the garage as I do playing whatever I build. Erecting worlds, however, is a little too open-ended for me. I'll enjoy the five-month fruits of some other guy's labor.

I'm with Mike. I take pride it creating and customising my characters and/or vehicles, but I prefer to leave making levels to the professionals. Not sure they keep expecting us to build their games for them.

I'm one of those freaks who actually enjoys RPG Maker. I'm thinking about purchasing a license so I can release a game one day.