Castlevania: The Adventure Rebirth on Game and Player 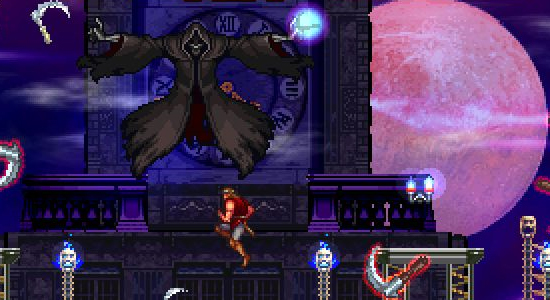 Proof that I am not a quitter.

o weapon is as satisfying to use against hordes of flea-men as the whip. I shun any Castlevania that denies me the animated windup of snapping leather or linked chain. Castlevania: The Adventure Rebirth is not a game I shun. If anything, the game shuns me. It punishes, provokes, and tells me I'm not worthy; that my childhood reflexes have dried up. All I can do is prove that I am no quitter.

It's lucky for me that Rebirth, much like its NES-era ancestors, begins to shine on repeated playthroughs. There are no save rooms and no experience system, just six short levels with checkpoints and mysterious branching paths. 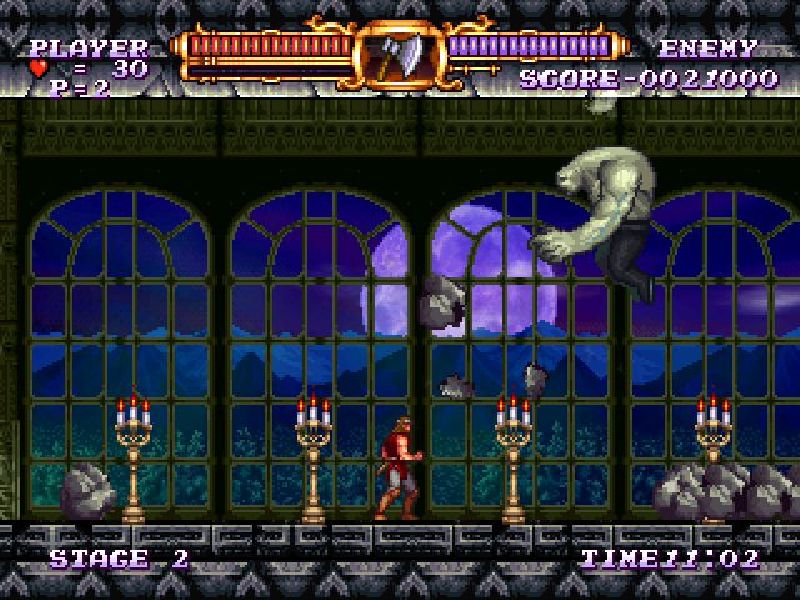 The value of replay: this time you know what power-ups are hidden in the candelabras.

Unless you plan on keeping it paused overnight when constant continuing has you down, you're starting this one over in the morning. But this time you know what power-ups are hidden in the candelabras. This time you know to be aggressive with the bone-throwing skeletons. This time you plan for that extra life at the first 40,000 points.

Taking on these levels multiple times helps one appreciate just about everything with the Rebirth experience. From the animation of a giant, rolling eyeball that shoots laser beams to the rocking soundtrack that's probably inspiring some video game-music cover band this very moment, this is a game that will age gracefully in hearts and minds no matter how many times it takes one's last life.

Rebirth is really hard at first, even on the normal difficulty. But this game trains one to be harder, netting finely timed jumps and narrow sub-boss escapes. Just do yourself the favor of bumping your lives to nine in the options menu — those purple bats are razor sharp.

I didn't play the game in its heyday nor am I drawn to the platformer genre, but Indo-European legend as viewed from Japan — to wit, this series — is fascinating.

On the subject of Castlevania: The Adventure Rebirth, I should have mentioned it being only $10 on the Wii Ware service. Download it even if you have the slightest affinity for the series.