Myst on Game and Player 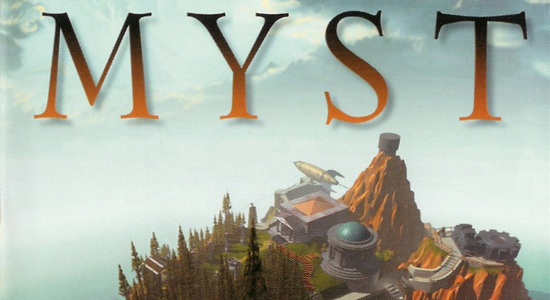 I fell in love with the island of mystery.

hen I think of the first time my mother was genuinely interested in a video game, my mind traces back to the moment a family friend mentioned that he played one called Myst. Intrigued, we rented it for the PlayStation and in that first evening, splayed across the floor and dressed in my pajamas, I fell in love with the island of mystery.

Developed by Cyan Worlds and released in 1993, it will remain one of the most popular PC games of its time. Created by two brothers, Rand and Robyn Miller, the story of the protagonist unfolds as you slowly unveil clues as to recent events on the island. Not until Myst's sequel, Riven, is more unearthed about the unusual civilization that created the means for visiting strange worlds, including Myst.

On a small, deserted island covered with strange buildings and monuments, a player begins to absorb the little details that suggest who lived there (or still does?). At first the goal is to find a way home, but it is soon apparent that there is no exit.

A quiet island getaway? A dock, a library, and even a small observatory.

An introductory tour of the island reveals what you might expect of a quiet island getaway: a dock, a library, and even a small observatory. A boat sits at the dock, but it has sunken to the point of uselessness. Continuing on there are a few disjointed structures built with differing architecture, and their function is not readily obvious. A bit of tinkering shows that the inhabitant has made strange advancements in technology beyond our knowledge. To decipher their function and use them to an end, I used a pencil and paper as a way of testing ideas and keeping track of the numerous clues.

It turns out the person who once lived on Myst kept a journal as well and it is soon discovered that he was not alone in his life on this island of riddles. In fact, the island is one of many places in which they lived as their culture had developed a strange and curious art many generations before that allowed them to visit other realms via special linking books.

These linking books become the focus of the game, as it is the only way home. In your journey to receive the help needed for your return, the story unfolds as to how your newfound friend came to his current imposition. It is only through wandering different realms, portrayed by scenic images of 3D rendered environments, that you learn what happened and why.

As a game, Myst is a means of teaching patience and careful thinking. Few puzzles are limited by time, and even those were repeatable without consequence thanks to the isolated nature of the setting. The design promoted exploration, typical of point-and-click games, as a means of gathering information and sometimes items. But mostly it was centered on testing the alien technology of the island: switch this lever, turn that dial, press a button, and observe the results. It absolutely enchanted me as a young girl just beginning to get her feet wet in the sciences.

Myst prods the explorer inside you to understand what happened.Myst prods the explorer inside you to understand what happened, and it is your choice to do so with utmost skepticism. Paying attention through the game serves you well since the final puzzle alone — which is more choice than riddle — determines your fate. And so it teaches a lesson: that trust is not something you should offer lightly, despite which side of the story you believe. It is in Myst and reality alike that there are often many sides.

Upon first look, you would never guess that a twisted plot rests quietly beneath such a miasma of anthropologic riddles and technological puzzles, but that is what draws the player in with each morsel of information, each clue as to the true nature of Myst. The unknown is what keeps me coming back to the series, where I know I can spend any amount of time quietly thinking in repose, and the progress I make brings me one step closer to unlocking its mysteries.

Any fan of point-and-click games will find this to be a refreshing alternative to the norm, not just in style but in story. Dr. Livingstons will appreciate the detail of level design and how it plays into the mechanics of the game. While Myst is incredibly challenging, I feel that as with any puzzle-laden game, the real challenge is not the puzzle themselves but to never give up. A masterpiece such as Myst deserves our attention to the conclusion.

The only complaint I have with Myst is that to the best of my knowledge, there isn't a version of the game that will run natively under Mac OS X :P

I'd never experienced this game until about a year ago when I picked up a copy on ebay. Even after nearly two decades, Myst retained its magical appeal. Pure greatness -- that's what it is.