FIFA 10 on Game and Player 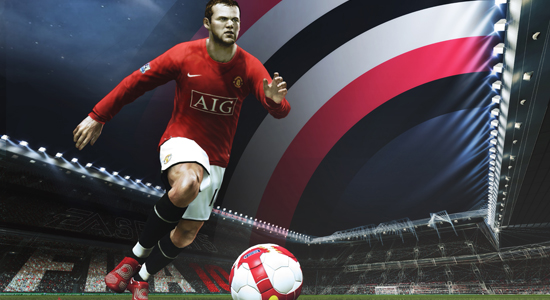 No doubt vying for this year's top sports game.

ecreating the world's most popular sport on a console must be quite the daunting task. With a consumer base that spans millions from all corners of the globe, and with each individual holding a different desired experience in mind, is it even possible for EA Sports to truly please everyone? Well, I may not be everyone, but FIFA 10 has certainly gotten close.

One of my main complaints with FIFA 09 was the lack of accessibility for newcomers to the series. I'd like to take this opportunity to state, firmly, that this is no longer the case. For starters, new tutorials and practice modes allow you learn the game at your own pace, while having the option to toggle the number of attackers and defenders per side. There's also a canvas to customize and create your own set pieces through the practice options, a nod to users who have been requesting this for years. And while these new features offer new users a chance to break themselves in before jumping into the thick of things, it's the refinements that push FIFA 10 to the next level.

Soccer may be a game of anticipation and quick decision-making, and while the limited player control last year was an effort to push players towards team buildup in order to advance up the field, having such a limited range of motion on the ball dramatically broke up the flow of matches. This year, EA Sports has introduced 360-degree control of player movement, allowing for games to play out far more dynamically, and removing much of the frustration of turning over possession to sloppy touches and unresponsive runs. As I'm a frequent striker, the additional control allows me to turn off defenders more fluidly and attack backlines more directly. The end result yields gameplay that feels far more natural than the overclocked ping-pong affair that users had become accustomed to in FIFA 09.

While full player control may be the improvement that has the largest impact on how the game is played this year, there are a still number of smaller aspects that have been tuned to push authenticity even further. For instance, tackling is no longer a zero-sum affair. What I mean is that players will push and battle harder for possession than they ever have. Through balls will result in shoulder-to-shoulder contests between attacker and defender — again generating far more realistic outcomes when it comes to tackling. More responsive passing allows players to maneuver more effectively in tight corridors. Shooting has a larger "charge-up" period, which increases the variety of shots you'll see. Ball physics have changed significantly in that you'll no longer be wondering if you're playing with a balloon; shots and long balls now carry more weight, both literally and in their effectiveness at range. It's the little things that, once you've got a few a games under your belt, you truly begin to appreciate.

Online, players will find the standard ranked and unranked head-to-head matches as well as friendly leagues.Offline, FIFA 10 offers the traditional game modes such as Be-A-Pro, Tournament Mode, Manager Mode, and Lounge Sessions. For the most part, these modes have been largely untouched. Of all the offline experiences, Manager Mode appears to have seen the most significant upgrade, and players interested in the simulation world of soccer will find themselves more immersed in taking care of the budget, scouting, staffing, and transfer assignments involved with managing a professional soccer club.

Online, players will find the standard ranked and unranked head-to-head matches as well as friendly leagues, unranked team play and the staple of EA Sports games of this generation — Pro Club Championships. Players of NHL 10 will find the Pro Club system remarkably familiar, if not identical, to what they've already experienced. Monthly leaderboards offer teams the chance to battle for virtual soccer supremacy in an organized competitive environment. An improved lobby system allows larger clubs the luxury of playing multiple matches at once and removes the annoyance of having to wait for one group to find a match before seeking your own.

Whether you're primarily an offline or online player, FIFA 10 offers plenty to do just in the number of game modes available, but it's the addition of the Virtual Pro feature that brings everything together.

It's the addition of the Virtual Pro feature that brings everything together.With Virtual Pro, you'll first be prompted to create your own likeness in-game, which will act as your representative on your team in the Pro Club Championships should you choose to join one. Setting your initial weight and height will affect attributes such as agility, strength and speed. From there, it's exploring the different game modes and completing task-based accomplishments that will improve your player. Simple tasks such as scoring five shots with your weak foot in the arena will improve your shooting accuracy slightly, while stringing together sets of passes on the field will naturally help to improve your overall passing attribute. By far, completing the wide variety of tasks offered in the accomplishment booklet has been the most rewarding experience for me personally. Whether you're motivated to improve your player for club matches or not, just having an easily measurable way of tracking in-game experience and performance is a welcome feature.

While FIFA 10 makes a strong argument to be the best soccer game I've ever played, even it isn't without disappointments. Likely due to the sheer number of refinements made to game play, FIFA 10 looks nearly identical to last year's release. While nothing looks tacky or unfinished, the visual polish that trademarked FIFA games of yore has fallen to the wayside and what we end up with is a game that looks a little dated.

Furthermore, AI still seems incredibly wonky at times. Whether or not I've simply become too accustomed to playing with living, breathing creatures online remains to be seen, but whether you're playing with or competing against, you're bound to run into more than a few questionable decisions by the AI.

To be fair, though, these are but minor blemishes on a simply stunning presentation of soccer on a console. FIFA 10 makes prior iterations look silly in comparison and will no doubt be vying for this year's top sports game.

Hi there, nice post you have here... I have one question maybe you could help me. In be a pro club and country i have a task very simple !!!! but i dont know how to do it. " m,ake 3 crosses during the game.... i have nightmaire with this one because i tried everytyhing: from corners from the flanc from my cross the striker scored and nothing... so pls help.
Br