Watchmen: The End is Nigh on Game and Player 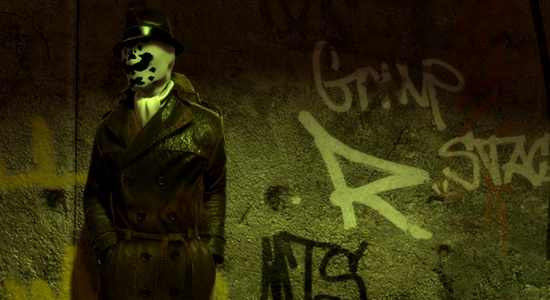 Watchmen: The End is Nigh

What have they done with this comic series?

thought if I played through Watchmen: The End is Nigh with a stern face and my toes to an open candle flame, that maybe original comic writer Alan Moore would look the other way. I was wrong; he no longer takes my calls. The two-part series is a huge letdown, and worse, it flies in the face of what makes Watchmen unique.

The universe depicted in Moore's comic series Watchmen is complex. Deadline Games' take on the events before the comic's happenings could not be further from complex. Heroes Rorschach and Nite Owl star in this uninspired action brawler. Their enemies come in two sizes: medium or large. And they all look the bloody same. 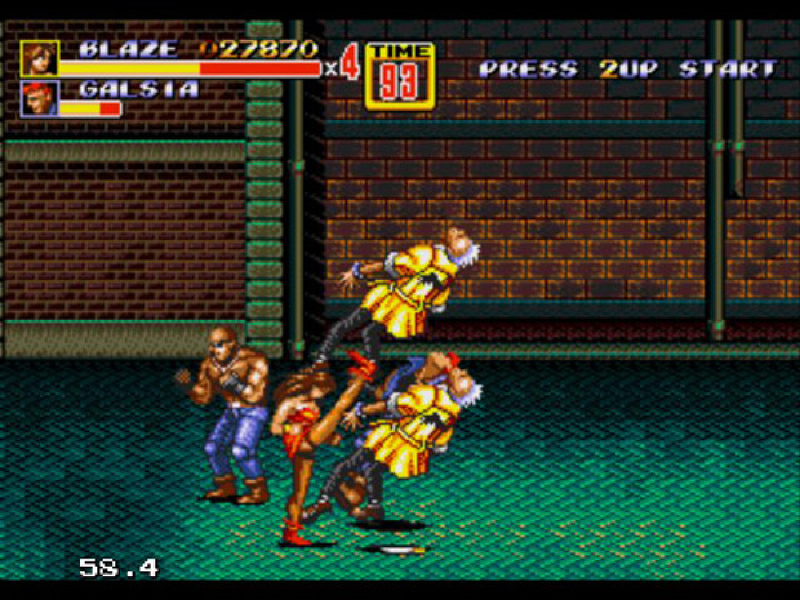 Part One was released back in March, and, while the combat numbed the soul, the spot-on voice work and digital comic cut-scenes were enough to keep from dying inside. But with only a change in setting, Part 2 is a stale intruder. Having it be only half the length of the first is a gift.

I thank the mighty lord Death Adder I can cleanse my palette with Sonic's Ultimate Genesis Collection. This Sega collection features a handful of brawlers exponentially better than The End is Nigh. This is most true with the first two installments of the Streets of Rage trilogy. Deadline Games should have looked to the 17-year-old Streets of Rage 2 for their inspiration. Instead of rechargeable health, which has no place in a brawler, they should have stuck to retro conventions such as apples and whole turkey pick-me-ups.

Also, enemies and bosses in Streets of Rage 2 were more varied and featured off-the-wall names like Galsia and Y.Signal. The End is Nigh recycles the same nameless street punks that change their clothes only when a new location demands it; how the strip club demands suits and the whorehouse, leather. To further sour the deal, there's only one boss at the end of each part. Last time I checked, a gaggle of whacky bosses is a brawler staple. Who are any of us to change that?

In 1989, an even more robust brawler was born on Nintendo. River City Ransom offers an open world with cafes and sushi bars where skill-enhancing treats are sold. Three eight-bit sprites going at it with whips and tires exhibit more strategy than Rorschach against every clone in The End is Nigh.

Deadline Games should have made a strategic 2D action game with the comic's art and personality. Seeing Rorschach and Nite Owl as crisp sprites in HD would have been amazing. It could have been an evolution for the aging brawler formula. Instead, the characters I love are puppets in a product that takes the genre down several notches. I pray that Turtles in Time Re-shelled won't kick it while it's down.

Watchmen: The End is Nigh