The Sims 3 Mobile on Game and Player 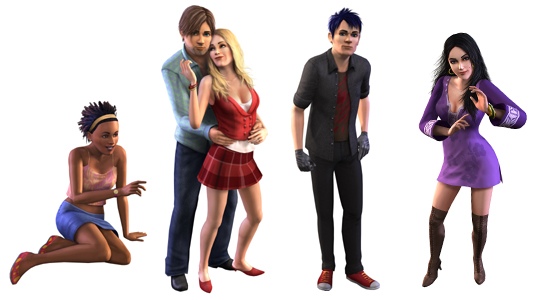 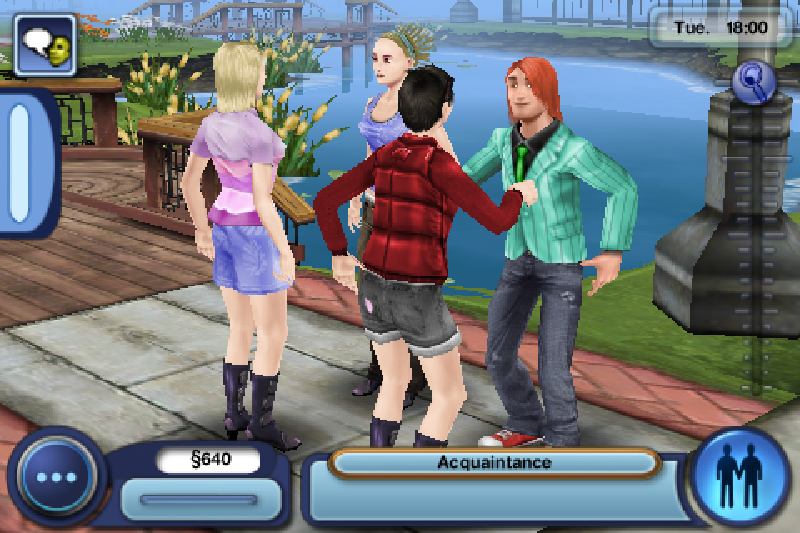 Hello, how do you do: developing
your Sim's social life is a breeze.

While obviously thinner and less flashy than its PC counterpart, the iPhone version of The Sims 3 is surprisingly robust — both aesthetically and functionally. Certainly, there are fewer housing and job options, a rather uninspired character creator — and the neighborhood itself is a fair bit smaller — but these allowances don't constrict to the point where you'll feel limited. After all, there's only so much tinkering you'll want to do on a small touch screen before chronic wrist pain sets in.

I was worried about how well I would be able to manage my Sim's needs without the use of a keyboard and mouse, but it seems as though this aspect of the game has been scaled back significantly. Where before, the majority of my time was spent making sure my Sim didn't wet his pants or die of starvation, there's now far more leeway in terms of what constitutes an acceptable bladder volume. In all seriousness though, not having to pay so much attention to micromanagement really allowed me to experience other aspects of the game which may otherwise have been ignored — such as the wishes system.

The wishes system is presented as a series of goals your Sim wants to complete. Some are short-term, such as cooking meals and catching fish, while others take time, such as reaching the top level of your career ladder. In order to keep things fresh, new wishes will appear over time while others are forgotten. Instead of being another area to manage, these wishes drive things forward and offer the most rewarding experiences. While breaking and entering may not be acceptable in real life, in The Sims, it's just part of the game.

Other features core to The Sims have been largely unaltered. Developing your Sim's social life is a breeze, with more interaction choices than ever before. Skills such as cooking and repairing are present too, although in order to accomplish these tasks on the iPhone, you're required to complete a rather gimmicky mini-game — something that doesn't really add value, but can easily be overlooked.

It's rather impressive how few concessions were made while bringing The Sims to the iPhone. While EA may have played it safe in terms of innovation, fans of the series are going to enjoy what's being offered. Naturally, if you've got the choice, go for the PC version, but for those that want their Sims fix on-the-go, this should easily tide you over.