Punch Out!! on Game and Player 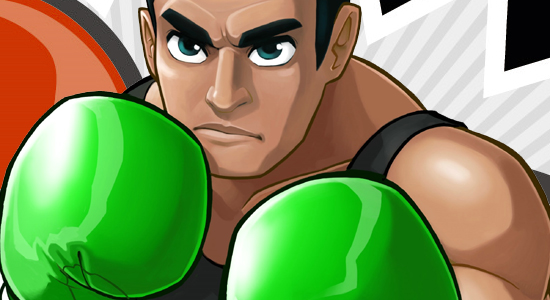 They got three big things right.

unch Out!! for the Wii exists. Next Level Games made sure of it. But this Canadian developer made sure to get at least three things right as it raised Bald Bull and gang from the dusty depths of cardboard-box purgatory.

Animations are the first thing they got right. While characters from the original Punch Out!! were considered over-the-top 20 years ago, featuring giant sprites that danced and flexed their pecks, this new iteration resets the bar. Watch as King Hippo gesticulates in a panic to shove food into his bandaged belly between rounds.

Animations are the first thing
Next Level Games got right.

See Little Mac pull his bruised body up the ropes or interrupt his own knockout animation for another chance at the win. Where the original was subtle (Don Flamenco's sudden appearance sans toupee) the new one runs subtlety through the fever-dream-o-matic (Don Flamenco's toupee now flies off in a slow-motion cutscene).

Sound is the second thing they got right. The way Punch Out!!'s signature music gets altered by each fighter's native instruments is expertly done — and how it really gets going when the referee begins a knockout count. Similarly huge is how fighters still highlight most of their incoming punches with a quirky noise (hit the mat when Super Macho Man rips one). In original Punch Out!!, goofy dialogue begging to be acted would appear between rounds. With new Punch Out!!, gifted voice actors were blessed with good work, and Little Mac's very own manager, Doc Louis, comes out on top with well-written lines hilariously voiced. When Doc's not discussing an opponent's weakness with Mac, he's finding creative ways to bring chocolate into the conversation.

And finally, stereotypes are the third thing they got right. King Hippo was of ambiguous nationality in the original, but this time the developer made sure to cover all island nations with him in an effort to leave no group out of the game's melting-pot of fighters. Glass Joe was always from France, but now he comes complete with croissants and a skin-tight black turtleneck (the latter featured in pre-fight comic stills). It may sound insensitive to praise the decision of continued stereotypes for each featured nation, but Punch Out!! is pure comedy, and it preys on all of Earth equally. Even Little Mac is called out for being a cheeseburger stuffer.

It emulates and arguably
improves upon the original game.Punch Out!! is a rare gaming achievement. Not only does it emulate and arguably improve upon the original game, it's also very funny. It makes me feel like a kid again, back when I had the will to ignore snack breaks in lieu of mastering each boxer's patterns. And while each fighter isn't exactly cake the first time through, your reward for beating the final boss is Title Defense mode, where each fighter looks, moves and punches differently. If you weren't sure which group Disco Kid is supposed to represent the first time through . . . well, he magically transforms into Richard Simmons (complete with jumping jacks) when you face him again. Title Defense mode is where one's skills are truly tested and doubles the game's length.

I am hopeful that everyone can find something to enjoy in Punch Out!! — fighter or spectator, young or old. Help me usher in the Wii game finally worth a place on the shelf next to Super Mario Galaxy.