Pokémon Platinum on Game and Player 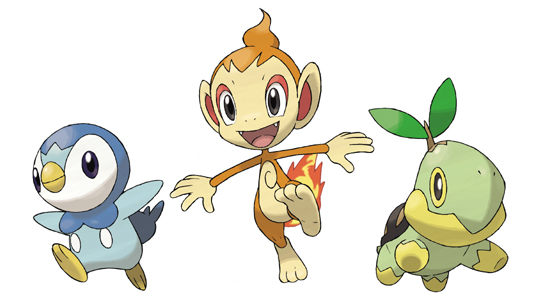 Catch 'em all, wipe out boredom.

s I stood there before his briefcase, I stared at the three red and white spheres. Each held a different creature waiting to be trained, to be guided down a path of adventure and friendship. They were all special in their own way. "Choose," said Professor Rowan, "and remember to treat your Pokémon with respect."

Scarf wrapped around my neck and newly acquired Piplup in tow, it was time to set off for the ominous tall grass where trainers are said to get their start. Before long, I had captured a few wild ones and formed a somewhat formidable team of Pokémon. Piplup, Shinx and Ponyta decimated any and all challengers we met on the road to the first Gym in chilly Sinnoh. 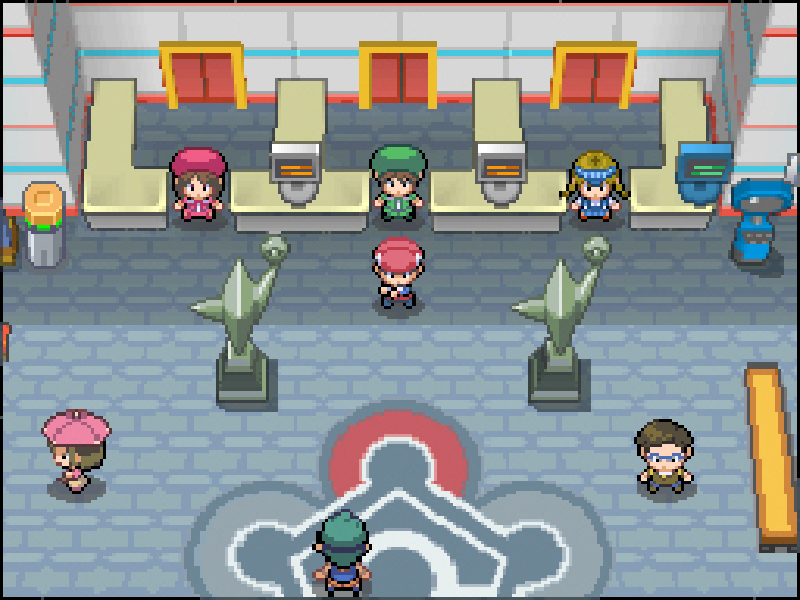 man who claimed to be investigating some kind of crime syndicate accused of stealing Pokémon and other various despicable deeds. Eyes peeled, my team and I charged forward, intent on claiming every badge we came across. When we weren't fighting off wild Pokémon or being challenged by picnickers, fisherman, and aroma ladies, we investigated this sordid scourge of Sinnoh.

They are known as Team Galactic. Not just pretty words, this association of sinister trainers are up to something terrible and it's up to you to do something about it. Donning costumes fit for a New York fashion show, these hoodlums are out in full force taking Pokémon and other valuable resources from the good folk of Sinnoh, all for the purpose of opening a portal to another world. This is probably not a good thing.

In Nintendo's typical fashion, Pokémon Platinum follows the fourth-generation Pokémon versions of Diamond and Pearl. Minor improvements have been made to the overall look and feel of the game's interface, and several new or returning features have been added. To say this game has a lot going for it would be an understatement. The addictive nature of capturing pocket monsters never seems to get old. As soon as the title screen boots up, the hours seem to instantly slip away.

The renowned Battle Frontier has made a comeback, chock-full of challenges to keep anyone busy for hours. The Battle Recorder saves your matches and can be shared with friends. Upload or download matches at the Global Trade Station in Jubilife city and share your adventures with the world.

Aside from a storyline that is unusually deep for a Pokémon game, there are so many other things to do to keep busy. In the Wi-Fi Club, a player can join others in three mini games that are simple, but very enjoyable. Battle with friends in single or double Pokémon matches as well as a several competition types. Test your skill in Battle Frontier or explore the furthest reaches of Sinnoh with your favorite Pokémon. 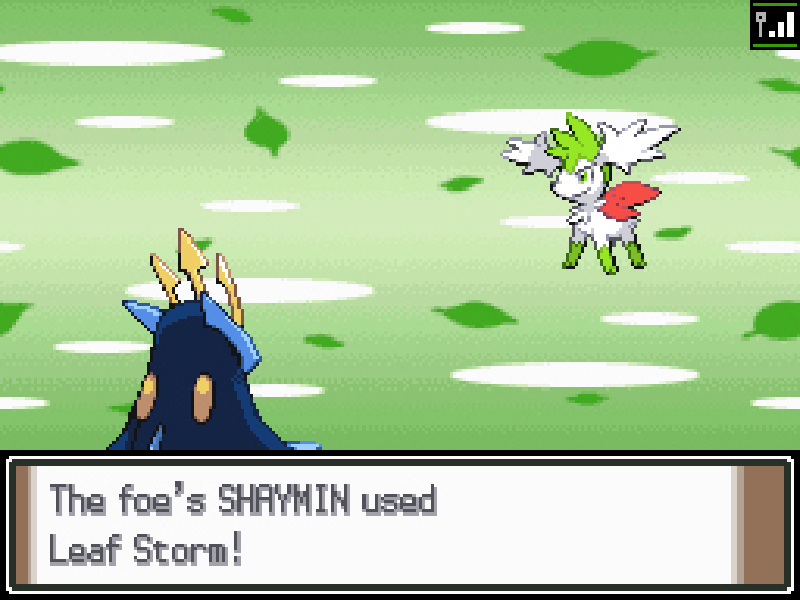 Oh, no: leaf storm!
Have you got what it takes?Nintendo is determined to ensure you will never be bored again.

Some may say that if it isn't broken, then it doesn't need to be fixed. But others might hope that after so many years and various types of games that developer Game Freak would be capable of updating the 2D battle animations to something with, say, a third dimension. Judging by the surreal 3D-look of the world itself in the Diamond, Pearl and now Platinum versions, this may be the direction they are headed.

This game is especially excellent compared to previous installments. New and returning features have coalesced with an already addictive game style to produce a Pokéxperience like no other. Yes, I just said that. Newcomers will find themselves instantly transfixed with this game and its ease of enjoyment. If the beautiful cutscenes and adorable creatures don't win you over, then the infinite possibilities will. Unleash your inner Pokémon trainer and show the world that you have what it takes. Besides, how could millions of children be wrong?