Next Generation Problems on Game and Player 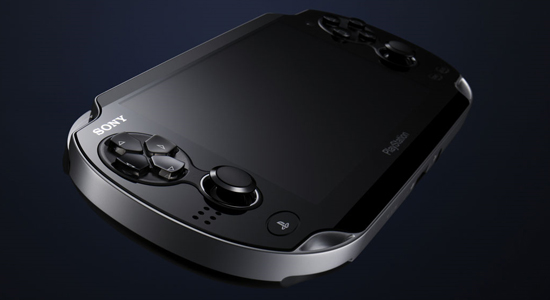 Whither Nintendo's and Sony's new handhelds?

011 looks set to be the year dominated by portable systems, what with the releases of Nintendo's 3DS and Sony's PlayStation Portable successor (codenamed NGP) on the horizon.

Both companies are each touting that their new handhelds are sophisticated enough that series native to home consoles would be transitioning across. Not spin-off versions specifically designed for the portable experience, mind you, but so-called "triple-A" games that will provide feature and graphical parity.

Call of Duty, Resident Evil and Uncharted are some of the examples announced so far. Even ports of existing titles like The Legend of Zelda: Ocarina of Time, Super Street Fighter IV and Metal Gear Solid 3: Snake Eater are being squished down into portable form.

Having seen the relevant game play footage and given the addition of analog sticks suitable for controlling 3D games, I don't doubt that the developers behind each of the mentioned series can make the transition.

But isn't this missing the point?

Nintendo and Sony seem to believe otherwise, judging by the announced games for their respective new systems.

With the 3DS you can see an inkling of logic. After all, this is the first system to support glasses-free 3D and Nintendo's first to support 3D games at all (if you don't count 1995's short-lived Virtual Boy, that is) so you can understand the company's desire to let developers experiment with the effect across all sorts of genres.

But didn't Sony learn its lesson with the original PlayStation Portable? A big part of that system's software focus was on the same sort of titles being lined up for their new portable. This ethos didn't strike a chord with gamers then so why will things be any different this time around?

Though there are multiple theories behind the reasons for the gradual demise of the PlayStation Portable, I'm of the school of thought that believes it suffered an identity crisis. Gamers didn't want the same experiences on their portables as their home machines. Factor in the time and attention a God of War or a Grand Theft Auto demands, and in my mind when given the choice gamers will always plump for those experiences in the comfort of their own homes on their home cinema systems.

I'm not saying that there isn't space for both types of gaming experiences in the portable sphere. After all, for some people one such portable system might be their one and only console. But if you ask me, the current launch line-ups of both the 3DS and the NGP are looking worryingly lopsided in favor of triple-A titles.

It's not just the software for these systems that's looking decidedly unfriendly to the portable experience. With powerful cutting-edge technology comes greater cost with more expensive hardware and the rumoured planned rise in standard software prices. Sony has also divulged that playing online with the NGP's 3G capability will also incur reoccurring costs.

I'm not writing off either system, of course, especially not in the short term. Nintendo's previous handhelds have all been bona fide success stories, and with its autoscopic 3D feature, the 3DS does at least have one major hook over home systems. Whether this proves to be more than just a passing gimmick remains to be seen.

Sony's position is significantly more precarious. It's got the least to lose in the portable market but at the same time has the most to prove. Let's hope it doesn't repeat the mistakes of the past.

"I, and the majority of gamers I believe, tend to want shorter more casual experiences when on the go like a puzzle game or a turn-based RPG."

Or, in the most appropriate case, both: Puzzle Quest. Am I right?

When I was writing that line I was trying to think of the most popular portable genres. The cornerstone that is Tetris inspired the first example but my own tastes like Persona and Final Fantasy (and Pokemon, now I think about it) inspired the second.

I've never played Puzzle Quest on DS or PSP, it has to be said.

It would be nice to hear from people who want the likes of Call of Duty, Uncharted etc. in the palms of their hands.

The NGP looks really nice. I am really hoping the NGP can link seamlessly with your current PlayStation Network account. It would totally seal the deal if I could have Netflix on the go and if games for the NGP were trophy-enabled.

Well it seems the NGP will have trophies, so that grants one of my wishes. No word on Netflix, though.