The Nature of Points on Game and Player 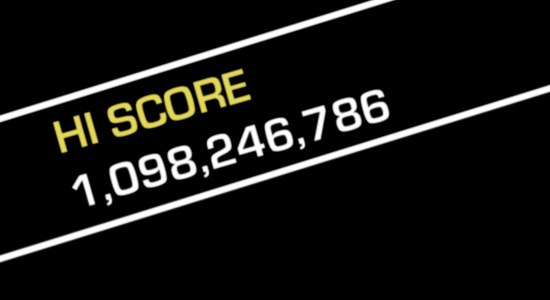 The Nature of Points

o you remember the days when points used to just be points? You bragged about them and coveted them, but that was about it — points really didn't do all that much. Of course, today, all that has changed. At some time in history, points became currency. Whether it's a first-person shooter or a massively multiplayer RPG: if we can't cash our points in for cool perks, we won't play it.

I guess this trend began with the advent of the console role-playing game. Here, success meant a tangible reward in the form of stat increases for your hero (or party). As cool as a high score was, a permanent strength buff for Cloud or Aeris was far cooler. As RPG elements began to permeate other genres, the idea of playing a game to be tops on a scoreboard somewhere became downright quaint.

You knew things had changed when we began judging first-person shooters not on the quality of their physics or weapon sets, but on the depth of their character advancement systems. Don't get me wrong: Modern Warfare was an outstanding multiplayer experience, but what made it stand out was the constant unlocking of new abilities and equipment. Games can often be addictive enough on their own, but this was like a nonstop IV drip of fun plugged straight into player's brainpans.

For better or for worse, there's probably no going back to the way things were, at least not in the foreseeable future. Even traditional arcade experiences have changed — while most haven't replaced leader boards outright, they've embraced achievement systems just as much as any other genre, rewarding milestones with permanent badges on a player's record. Would it impress you if I was to tell you I was ranked number thirty-seven in the world on one of The Club's timed challenges? No? Well just you wait till you catch a glimpse of the new helmet I bought with my Reach armory points — it's insane!

I take players' preoccupation with — and demand for — character customization and advancement as a positive development. Certainly, it refutes claims that video games attract the idle and indolent. But without a doubt, I consider traditional roleplaying elements a near-requirement for a game in any genre that I plan to independently purchase.

Hmmmm, I can only remember points really meaning anything within a certain subset of games. Most adventure games and platformers had points, but they were meaningless. Look at Super Mario Bros. and SMB3; they had scores, but do you ever remember looking at them?

Points, now and ever, really only mean something in games where you eventually, inevitably lose. But games these days, with the near extinction of the concept of "lives", only allow you to lose if you simply give up.

So then, as you've pointed out, competition stems from speed runs.

One thing to remember is that different or more specific forms of "point" systems are used and still very much payed attention to by some (maybe not so much by more casual players). An example being K/D Ratios, Wins/Loss, accuracy% etc. Also that not every game has a reward system that allows you to change the gameplay, while Call of Duty allows you to customize weapons and equipment, Halo only allows cosmetic modification.

You raise a very valid point there, Masakuni. I'm guilty of obsessing over my accuracy % in Modern Warfare 2 (to the point where I actually find myself waiting for clean shots). If all games allowed the tracking of in-game statistics like Halo or MW, the old-school "point obsession" could be alive and well.