The Costs of PC Gaming on Game and Player 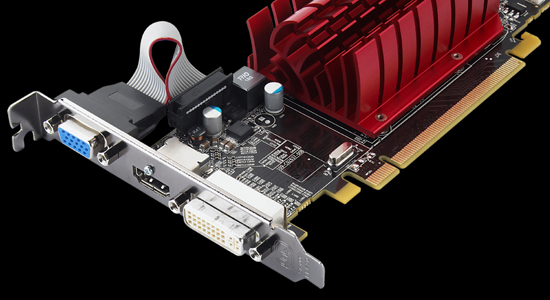 Why is this hobby so expensive?

kay PC gamers — now is the time you should probably stop reading. I’m sure you’ve got better things to do than listen to me rant about how expensive it is to stay ahead of the hardware curve. Perhaps you could window shop for a new $500 graphics card. I heard there are some great deals out there on 64GB SSDs — maybe you should research them. Hello? Are you still there?

Good. I think it’s just you and me now, console fans. So what gives? How is it that despite a console hardware cycle that’s lasted forever (with no end in sight), PC developers keep pushing the envelope, requiring ever more powerful hardware to actually enjoy playing their games in the way they intended? About two years ago, I dropped $1400 on a gaming rig that fell somewhere between upper-midrange and awesome on the scale of PC awesomeness. Today, even accessible, mass-market releases like World of Warcraft can make my system’s frame rate chug. Upgrading my system to near state of the art specs won’t come cheap — nearly $1000. How can anyone keep up with this?

I left the world of PC gaming a little over a decade ago for the exact reason I’m outlining here: cost. Even though my discretionary income has increased drastically since my high school years, I’m still hesitant to embrace a marketplace that basically requires I purchase a new computer every two years. Cars last ten years; gaming consoles last at least five (and counting); why do PCs become obsolete so quickly?

Despite the fact that any talented developer could make a game that would look great on hardware from 2006, I’d imagine that most are under a great deal of pressure from those same hardware manufacturers to keep pushing the envelope. While few are as guilty of inflating system requirements as the folks at Crytek, most A-list developers seem to incorporate plenty of technologies that marginally increase graphical quality while requiring huge expenditures on hardware by the end user.

Am I just bitter? Do I not get it? It would be easy to brand me a PC-hater — I am a Mac guy, after all. Still, I appreciate tweaking and customization as much as anyone. It’s not that I mind spending money to enhance my computer in the same way I tune my car or add components to my home theater. In turn, however, I’d appreciate at least a little bit of return on my investment. As cliché as it is to say that the PC gaming scene is dead, the marketplace isn’t doing a very good job of wooing the mainstream.

I guess I'm my own breed of PC gamer. I don't mind sacrificing silly things in games like rendering every single blade of grass, perfect shadows, 16x anti-aliasing, massive resolution, etc. in favor of a steady framerate. I can live with upgrading to outdated-but-still-useful hardware every 3-4 years. Yeah, that GTX 580 would be freakin' sweet right now, but it's just not worth it to me. My Radeon HD 4870 runs games just fine.

Perhaps I'm just needy, Joseph. I've gotten so used to my lack of choice on Mac and gaming consoles that as soon as I'm given the choice to have something better on PC, I must have it.

You should also consider the rapid advancements of CrossFireX and SLI technologies. Two GTX 465 cards in SLI run almost comparatively to a single GTX 580 and costs around $200 less overall if you know how to shop well and find deals.

Although I do like good looks, I'm closer to Joe's camp in that I find every way to draw performance and longevity out of my computers. Leaving A-list titles to the console, of course, helps.

I would recommend, though, Ed, that you build your own this time around. Try to avoid a theme, too!

If you look at the pc as strictly a gaming device then you will be frustrated with pc gaming. There is a lot to be said for not having to worry about hardware specs to run a game. However pc does push the technology. This forces improvement which in turn improves the console world. All these games are made on a pc whether for console market or pc. Plus the pc has many functions making more versatile. Building a pc is best if you have gaming as priority. Choosing the right motherboard is key. Then it can be an upgrade spread out over 5 years then a new pc every 2 years. Helps to have good friends in pc gaming to help each other out with slightly used hardware. Also determine your pc gaming needs. A lot of casual games run on most pc's with minimal requirements. You can keep to the FPS's on console.