Sequels Under the Tree on Game and Player 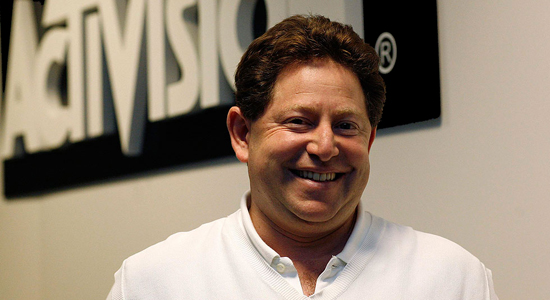 Sequels Under the Tree

It's that special time of year. All over again.

ovember is historically a very expensive month for gamers — ahead of the holiday season, publishers cram three years worth of releases into a three-week window that puts a strain on pocketbooks and stamina alike. I can remember years past where I'd plunk down my hard earned cash for three, five or even ten top tier titles deserving of my attention. So what gives?

Last year's precedent seems to have become this year's norm. There are plenty of exciting and new videogame properties in the developer pipeline, it's just that you'll have to wait until the spring to play them. The holidays have now become the time of year that the big publishers push their bread and butter franchises — if it's familiar, it will sell, and grandma will make sure it's under the tree.

As much as we gamers love to hate Bobby Kotick, it's our actions that keep him at the helm of Activision. He thinks that we need a new Call of Duty or Guitar Hero annually, and we keep showing him the money, refusing to convince otherwise. We tell Electronic Arts and Ubisoft the very same — show me a name that's provided quality in the past, and I'll reward you with my paycheck straightaway.

Are Call of Duty: Black Ops, Rock Band 3, Fallout: New Vegas or Assassin's Creed: Brotherhood particularly bad games? Probably not, and anecdotally, I'd say the opposite might hold true. Still, when I have to wait for Brink or Bulletstorm because publishers are scared that it may be overshadowed by Call of Duty 27, I believe we may have a problem.

In the era of digital distribution, the annual sequel seems downright quaint. I'm not a math wizard, but I know that five $15 map packs of Modern Warfare 2 have the potential to make Activision just as wealthy as a new Call of Duty retail title. Whether it's game modes, music tracks or weapon and skin upgrades, publishers need to wake up. These aren't just franchises you're peddling — they're platforms. Now give me content for them.

If you're enjoying the latest first-person shooter or music game to hit store shelves, more power to you. Just don't complain when next Christmas you're left waiting for a Zelda game that won't get released until March. In the meantime, I'm thoroughly enjoying saving my money as I stick with last year's model. That's right, Bobby — you can't fool me.

Publishers are definitely getting better at spacing out releases over the year; look at Mass Effect 2, Crackdown 2, Battlefield BC2, Super Street FIghter 4 etc.

You make a good point though. It seems like the blockbusters and annual franchises are hogging the limelight and the share of sales at Christmas these days. The industry's becoming boring in that way.

"I burst out laughing" doesn't quite describe my reaction to a beaming Santa Kotick. (And, knowing Ed's shared appreciation for unflattering portrayal, I just checked the thumbnail image. More laughter.)

There are probably several reasons for this developmental caution, ranging from economic constraints, to a solid demographic reliably seeking novelty even in sequels, to a technological plateau preventing the release of landmark games.

It may be this way for awhile; the only relief to be found in independent developers.