When the Curtain Falls on Game and Player 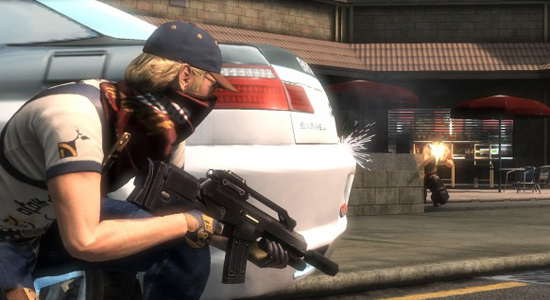 When the Curtain Falls

t used to be that when you went to the store and purchased a videogame, it was yours to play forever — or at least until the contacts in your NES became so finicky that you simply gave up trying. With the advent of online gaming networks and massively multiplayer gaming, however, the rules of ownership have been altered. These days, a game will only remain fully functional for as long as its servers are online. In the case of Halo 2, server shutdown meant the end for one of the most successful multiplayer experiences in console history; for Realtime Worlds MMO APB: All Points Bulletin, taking the servers offline made the game virtually unplayable for everyone who'd purchased it. Are server closures like these fair to consumers who have shelled out their hard-earned cash for a legal copy of a game? It all depends on whom you ask.

Dedicated servers solve some problems while creating new ones.PC gamers have long championed the ability to host dedicated servers — privately owned hosting hardware free from interference by software publishers. While this arrangement grants hosts the ability to play the game by their rules, any user's experience will vary. A connection to server ‘x' might have low latency, while server ‘y' produces the laggiest of game play. While a small but vocal group of PC gamers rally against any new release that doesn't allow for dedicated servers, publishers are beginning to see the many advantages of hosting their games themselves: not only does this allow for greater control over highly valuable intellectual properties, it also ensures that play will meet a certain benchmark for quality.

The same dichotomy exists in the console arena, but here, it's publishers versus hardware manufacturers. On the PlayStation 3's free-to-play PlayStation Network, publishers are often tasked with hosting their own games, resulting in online experiences that range from top-tier to abysmal. While Xbox Live's pay-to-play model tends to be both reliable and smooth, it isn't free (in fact, the cost of a subscription is about to be raised for the first time since the service launched).

Halo 2's multiplayer is destined to hold a place in gaming history.

As sad as it is to lose online multiplayer as the result of a server shutdown, it only makes sense. Halo 2 was six years old and the parent of two sequels when its servers finally went dark earlier this year. It simply costs too much to keep an antiquated shooter online indefinitely, regardless of how dedicated a user base might be. While I'll miss the grandeur of Halo 2's large maps and multiplayer's strong focus on vehicles, the game's successors will provide ample entertainment — and there's always the single player campaign.

But what if there is no single player? MMO fans often pay a subscription fee on top of a game's retail price, easily driving a title's revenue per player into the hundreds or even thousands of dollars over its lifetime. Certainly, running the facilities that power online worlds like Azeroth is a huge financial undertaking, but when an MMO's servers finally do go dark, its understandable that gamers are going to be angry. In the case of APB, closure came so suddenly that gamers essentially returned from the store with a game they could no longer play.

In this digital age, it seems that both content providers and consumers struggle to retain control of their media. As publishers continue to exert their control over the way their games are played, consumers are going to have to ask themselves: exactly what am I paying for? Buying a game used to be like purchasing milk or a new shirt. Today, the transaction's more akin to going to the movies. Is this the gaming retail space we want? Vote with your wallet and make your opinion known.