Eurogamer Expo 2010: The Sights and Sounds on Game and Player 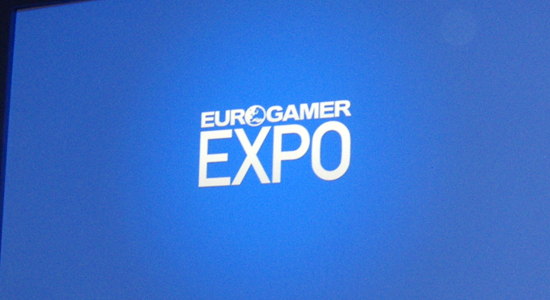 Eurogamer Expo 2010: The Sights and Sounds

A quick look at the show floor of the UK's foremost gaming expo.

oday marks the first day of the London Games Festival, described by director Kirsty Payne as a "month-long celebration of the interactive entertainment industry."

One of the most prominent events of the Festival, the Eurogamer Expo, kicked off the proceedings on particularly rainy Friday in southeast England. Having continually grown over the last few years this time the Expo is being held at Earls Court, a venue that traditionally holds concerts and sporting events.

Third-party games and Xbox 360 exclusives ruled the show floor, with Nintendo and Sony mostly sticking to their individual zones. Medal of Honor, Gears of War 3 and Fable III had by far the most banks of consoles.

Rock Band 3 — pro guitar, keyboard and all — had its own spot on the floor though its presence paled in comparison to last year's full-blown stage setup for The Beatles Rock Band. Marvel vs. Capcom 3 also made a small appearance in what appeared to be a hollowed out Street Fighter IV arcade cabinet.

Sony and Microsoft's new motion controllers were also present. While I got hands-on with the former's Move device I wasn't about to get all hot and bothered with the latter's Kinect. The allure of Dance Central and the constant blasting of Lady Gaga's "Poker Face" across the floor were tempting though.

The "Over 18s" section was back in effect, housing the likes of Dead Space 2, Saw II and Killzone 3 (the latter of which was in 3D). Ditto for the GamesIndustry.biz Career Fair with developers such as Sega, Rare and Crytek dishing out advice and presumably job opportunities.

A personal highlight for myself was the previously unannounced appearance of The Legend of Zelda: Skyward Sword for Wii, hidden under a sinister-looking black tent. Though I was warded off by an insanely lengthy queue for it, it was nevertheless a nice surprise.

Some notable MIAs included Goldeneye for the Wii and Dragon Age II, though perhaps they will be rolled out for the second and third days of the show.

Look for my hands-on report on the games of the show, and what happened at Peter Molyneux's Fable III, presentation in the coming days.