Astro to the Rescue on Game and Player 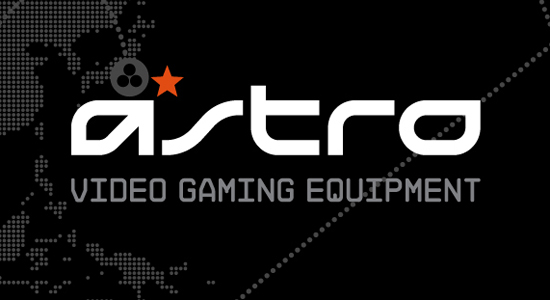 Astro to the Rescue

Sometimes, only the best will do.

ay back in 2008, Game and Player's own Curtis Mettler gave us his two cents on the Astro A40 Audio System. Then, as it still does today, this headset/preamp combo performed at the top of its class, providing game audio and chat of unparalleled quality across platforms. I'm not going to review Astro's product here — no, that's already been done. What I am going to do is tell you the story of how Astro Gaming's MixAmp (coupled with the previously reviewed Turtle Beach Ear Force HPX) has finally fixed Xbox Live voice chat issues that have been plaguing me since the rollout of the NXE back in 2008.

With regards to Xbox Live, I was an early adopter. As soon as the service launched, I hopped aboard, eager to make up for lost time having never had access to games like CounterStrike or a decent PC gaming rig. From the moment I popped MechAssault and Castle Wolfenstein into my original Xbox, I was hooked. Fast-forward to the Xbox 360's rollout and the love affair continued. It wasn't until the launch of the “New Xbox Experience,” a dashboard update that completely revamped the 360's user interface that I began to notice any problems with the service.

To the folks at Microsoft, my voice was just hot air. Not any more.It began with silence. Time and time again, I didn't hear any replies to my calls for help — even worse, my callouts of enemy positions seemed to go entirely unheeded. It wasn't until three or four months after the launch of the NXE that I began to realize: it wasn't that my friends were ignoring me, it was that they couldn't hear me at all. Over the next two years, I would try three different headset models and two consoles (thanks to a “red ring of death”), all to no avail. About half of the time, my headset's microphone chose to ignore me.

A few weeks ago, I decided to try my last resort. Having already ruled out wireless interference as the culprit in my audio dropouts, I decided to pick up one of Astro's MixAmps to couple with the outstanding Turtle Beach headset I'd been using with my PC. From the moment I wired these products into my system, all my problems disappeared.

The MixAmp sports simple controls and plenty of inputs.As anyone who's met me can attest — I am not a quiet person. I have a boomy baritone voice which you'll never have a hard time picking out in a crowded room. But for whatever reason, no standard Xbox Live headset could handle it. The Turtle Beach Ear Force HPX, on the other hand, takes in my every word and broadcasts it flawlessly out into the Live community — whether its worth hearing or not. In all honesty, I've found myself swearing less, communicating more and enjoying the precision that is simulated headphone surround. I haven't had this much fun gaming on Xbox Live in years.

Is the MixAmp the perfect console companion? Not quite — the cord which links an Xbox controller to the MixAmp could have been about five feet longer. Also, while the unit's power and Dolby Digital toggles are backlit, the master volume and fader switches are not. This can make fine adjustments a bit of a pain when the amplifier resides in an enclosed cabinet. Still, this is a price I'm willing to pay for voice chat that works.

I've never received a suitable response from Microsoft support regarding my problem, nor have I come across any mention of it on the internet or amongst my gaming friends. Apparently, I possess the only voice that Xbox Live hates. Was it mistaking me for wind noise, or did Redmond just feel I had nothing worthwhile to say? Whatever the case — I'm coming through loud and clear now. If you simply must have the best Xbox Live voice chat experience around, this is it. Sure, $250 is a lot to spend, but I spend a lot of my time gaming.

Object lesson, here. Although mass-market solutions succeed for the most part, those in the ranks of the, shall I say, dolichocephalic may not be well-served without boutique, third-party products.

"Long-faced," huh? You'll be hearing about this later...

Still not certain if this was the result of a hardware malfunction (noise cancellation at the headset itself) or if something changed in Xbox Live's voice signal detection with a software update. All I know is that it wasn't my network, it wasn't RF interference and its gone now :P

I think Microsoft's headsets are programmed to only recognize the average frequency range of 12-15 year old boys.

If only I'd screamed more, Joseph. And been a bigot ;)