X-COM: Terror from the Deep on Game and Player 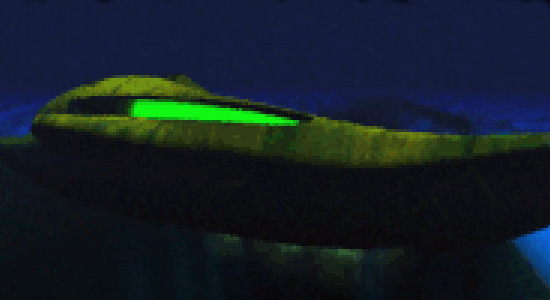 X-COM: Terror from the Deep

For a re-skin of the original, it's quite a challenge.

-COM: Terror from the Deep is a quick and dirty sequel to the X-COM: UFO Defense, there's no getting around that.

With the original a runaway success, Mythos Games decided to license out the rights for a quick follow up while they stayed hard at work on the ambitious sequel that would become X-COM Apocalypse. Microprose, who had published the first game, developed this stopgap project.

Many people regard the game as a re-skin of the original and for the most part that's accurate. Terror recycles UFO's engine thus features the same blend of UFO interception, turn-based ground battles and business management experienced before.

It's fair enough that the core elements are the same as its predecessor's — that's fairly common practice for a video game sequel. But the way the aliens and technology mirror that of the first game almost entirely is undeniably lazy and prevents the game from feeling like a significantly different or improved experience.

Aliens have somehow flipped the script on humanity, staging a fresh series of attacks originating from the Earth's sea beds.

But despite that I'd still argue that Terror from the Deep is enough of a refresh to prove worthy of an X-COM fan's time.

As the game's name implies the extraterrestrial theme of UFO has largely been replaced by an aquatic one. According to the plot the aliens have somehow flipped the script on humanity, staging a fresh series of attacks originating from the Earth's sea beds. X-COM, long since defunct after previously eradicating the alien menace, is resurrected by the governments of Earth to once again investigate and eliminate this global threat.

The original X-COM contained many references to aliens in fiction and mythology (the Sectoid race were clearly based on the classic Grey archetype, for example) and Terror from the Deep continues this trend. Most prominent are the nods to H.P. Lovecraft's Cthulu Mythos. The Deep One species obviously borrow from Lovecraft's race of the same name and the final boss (known only as the Ultimate Alien) bears several striking similarities to Cthulhu itself.

I say sort of because Terror from the Deep is substantially tougher than its predecessor. Clearly the developers wanted to offset the knowledge players had gained from player UFO by cranking up the difficulty here. The progression of the different species of aliens, which has always represented the difficulty curve of the game, is much faster this time around. Some missions like enemy base attacks now have multiple stages with varying objectives, which provide more diversity and encourage different strategies.

And when you take into account the new types of UFO, base and levels designs (not to mention the return of randomly generated environments) the game at times had even myself feeling like a rookie again.

Tactical quirks aren't substantial enough to damage the overall experience.Terror from the Deep does feature of few foibles that might be the result if its short development time. You'll hit a roadblock in your progression if you don't fully research the Deep One species as soon as possible, as this is required for the crucial armor upgrades and ship construction. This doesn't make much sense story-wise given the race's status as a mere slave species. Arbitrary way to throw off X-COM veterans or simply a glitch? Who can say.

There are also a few logistical oddities with the game's engine due to the shift to undersea environments. Grenade throwing arcs are identical to its predecessor and the jet pack equivalent has to be developed to essentially enable your troops to swim. But these quirks aren't substantial enough to damage the overall experience.

I love the original X-COM but having mastered and exhausted it in pretty much every way, playing it today is almost like going through the motions. Having properly played Terror from the Deep for the first time this year, I found it offered just enough new elements to put me outside of my comfort zone again and provide a thoroughly good challenge.

Newcomers to the series will definitely want to start out with the original game both for the more forgiving difficulty curve and to see if they can handle the old school nature of the games. But if you're a veteran after more of the classic X-COM experience, Terror from the Deep comes highly recommended.

X-COM: Terror from the Deep