Victoria II on Game and Player 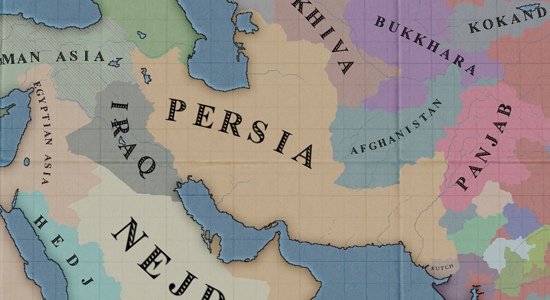 In spite of its shortcomings, I've enjoyed myself too much.

rand strategy titles attract visionaries but often satisfy only micromanagers. Statecraft is a tricky simulation: too few levers of power and one may as well play Risk!, too many and fun is consumed by busywork. Paradox Interactive's Victoria II combines depth and delegation, allowing armchair viziers to focus on objectives spanning decades while zooming in, as they want, on a micrometric level. So many moving parts magnify imbalances, and in Victoria II there are plenty, leaving the game a strong work — that's in progress.

"Influence" is the key word. Players expecting limitless power will be challenged — Victoria II encourages shaping a nation rather than dictating its every characteristic. Primary governance such as taxation and budgeting, trade policy and foreign affairs, objectives in science and learning, and military command remains under direct control. Legislators, market forces and the general populace maintain considerable autonomy, however, occasionally prompting executive responses to independent developments. Here, meticulous attention is beneficial — demographics, for example, can be segmented by location, profession, ethnicity and more — though not mandatory.

Countries fall into four strata: uncivilized, civilized (or Westernized), secondary powers and great powers. An admirer of the desperate struggle among fiefdoms in the opening acts of games like Nobunaga's Ambition,

Influence, not pressure: players expecting limitless power will be challenged.

I chose to test Victoria's providential mettle by passing up a safe choice, such as the game's tutorial selection of Belgium, and instead lift a country from the lowest international esteem to paramountcy — and assumed the throne of backwards, agrarian Persia.

Beginning in 1836, gameplay moves slowly. Each calendar year lasts more than five minutes; a single playthrough occupies a week or more. The restless may wish to punctuate interminable stretches between discoveries and other fruitions with conquest. War is an endeavor best entered sparingly, though for comforting reasons. Great powers guard spheres of influence, secondary powers take it upon themselves to contain adventurism, and even dregs have allies. More than one campaign every five years or so will be punished by somebody — the upshot, of course, being that unlike the Civilization or Galactic Civilizations series, players need not run a stopwatch in anticipation of bullies inevitably massing along the border. In fact, not a single country has so much as looked cross-eyed at Tehran after three plays.

There are diplomatic irritations all the same. Early on, as I labored to keep Persia's lower castes from starving, every one of my neighbors came calling, asking to be allies. Setting aside the intimate nature of an alliance — it should be a culmination, not an introduction — the arrangements weren't practical. If I refused to be drawn into a regional squabble my allies would subsequently get themselves into, I would lose Prestige, one form of currency vital to Westernization. Refusing an alliance altogether, on the other hand, is taken as an affront. Afghanistan alone made the offer half a dozen times, and I turned Kabul down every time — in the wake of which our relations were in tatters. Thankfully, the rush for treaties soon settled down.

Persia, the great power: I decided to lift a country from the lowest international esteem to paramountcy.Industrialization can be tenuous. After hard-earned Westernization, Persia's was marked by several abortive capitalist ventures — factories permanently closing just days after their ribbon ceremonies — before investors finally began to appreciate the value of raw materials to mass production. As the ruling party I had appointed eschewed subsidization, bankruptcies were terminal, though I could later attest to the inordinate expense of maintaining unprofitable industries.

You see, I preferred the liberal party as regnant, but after Persia's first election the dominant Shahist bloc assumed its democratic mandate — and the Shahists aren't laissez-faire. Unfortunately, the country's first election would not have occurred for several more hours of play, possibly not at all, had I not intervened and invested the legislature with a sudden compulsion to reform.

As per the eternal dichotomy, liberals press for reform and reactionaries resist. Other parties have their own causes and reservations, but most of the time, any chance of reform depends on the inclination of conservatives, who constitute the majority in most countries.

Micromanage if you want: meticulous attention is beneficial, though not mandatory.Conservatives block reform when not threatened but gradually respond to increases of a variable called Militancy. Shut down newspapers, suppress an ethnic minority, hedge bets in a bad situation — Militancy rises. Militancy encourages radicalism and, in higher concentrations, leads to insurrections. Fair enough — except that in all but the most progressive cultures, Militancy must reach a level inviting bedlam before a plurality so much as considers freedom of assembly or a 14-hour workday. As a result, players who don't wish to chase rebels around every few months might rule a country for a century without accessing a whole feature of the game.

Is that realistic? Somewhat. In Persia, the Shahists dominated the upper house; and in real life, Iran remains illiberal. But the Shahists are appointed by — an absolute monarch. There's something to be said for fiat. And where's the fun — or the consistency — in laboring to advance a country only to remain locked in polity? Some players exploit a mechanic causing Militancy to leap when the ruling party changes repeatedly. I opted instead to edit one of Victoria II's straightforward data files, shifting conservative tendencies toward addressing public outcry before half the country was set on fire.

In the process, I discovered a breadth of possibilities for modding, from changes like my own to creating new caucuses and political interactions; to altering social and economic phenomena, and even the entire makeup of a nation. Nothing about that affects my conclusion that such simple gameplay balance is the responsibility of the developer, not a player with an extra hour on his hands. Some strategy enthusiasts, like myself, acknowledge Victoria's complexity — but not all those contemplating a purchase should have to.

Victoria II will improve with time, if players have the patience. For all the game's technical shortcomings, I've enjoyed myself too much. In 1922, the authentically constitutional Persia now competes with Prussia for great power status. I tried to gain a little Prestige by suckering Afghanistan into a war to defend its pipsqueak ally Sindh — Kabul wouldn't take the bait, so I invaded anyway, and into Tehran rushed a corrective Soviet Union. As with any robust strategy title, I will reload and try, try again.