Forced Obsolescence on Game and Player 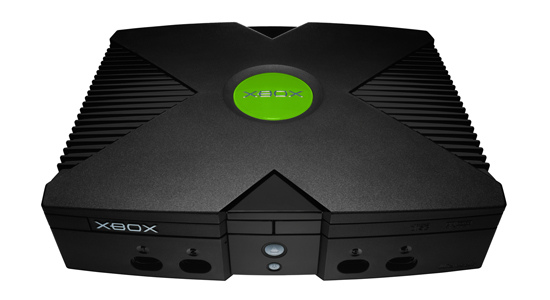 How important is backwards compatibility?

emember backwards compatibility? What once was a feature demanded by hardcore gamers seems to pass further and further into obscurity with each passing firmware update. Sony's attempts to support their back catalog “at all costs” were quickly curtailed once it became clear that not everyone cared to spend $500 on a gaming console (even one that could make toast and display holographic images). Microsoft was no better — while they adopted the cheaper approach of software emulation in addressing the backwards compatibility problem, the list of supported Xbox titles hasn't been updated in nearly three years. While the Wii supports just about every GameCube disc ever stamped, most users are too busy flailing about in front of their televisions to notice (or care).

How many gamers traded in their original Xbox to fund their Halo habit?Which brings me to my point. Is backwards compatibility really that important a feature for hardware manufacturers to pursue? As loudly as gamers protested the absence of a favorite title from a manufacturers support list, all complaints seemed to stop as soon as the latest Halo or Call of Duty hit shelves. Speaking for myself, I have rows of gaming cases that will probably never be opened again. The fanatic collector in me will never part ways with these games, but with each passing year the odds of me having access to the right device to play them diminishes.

In the world of consumer electronics, the concept of forced obsolescence is nothing new. Audiocassettes, VHS and Hi8 have all ridden off into the sunset, and there are few among us that care. Great content, after all, tends to outlive formats. Does anyone worry that they'll never be able to play Donkey Kong or the original Super Mario Bros. again? I've got a sneaking suspicion that most of the truly great games of the last decade will find their own way of living on for the small population of gamers that still care about playing them. Are you a collector or a backwards compatibility diehard that feels otherwise? I'd love to hear what you have to say on the matter. In the meantime, happy gaming.

Sony has been a little sneaky with their PS2 compatibility on the PS3. At first it was hardware, then software to cut costs, and now none at all. When you insert a PS2 disc into a new PS3 system, it still knows it's a PS2 disc, but simply won't play it. I think they have something up their sleeves that they're not telling us (like a downloadable PS2 emulation software hitting the Playstation Store sometime next year.)

The nice thing about backwards compatibility is having to stack up less systems on your entertainment center and not having to swap video cables around. Do I care, personally? Not really. For the amount of time I actually spend playing PS2 games, I have a PS2 system that works perfectly well and isn't that hard to set up. If I were switching between playing that and my PS3 every day, it might be a problem.

Unless, for example, Microsoft's next-generation console can run 360 games at little expense to R&D, I wouldn't be surprised if only titles inhabiting Xbox Live's top 10 — and actually representing meaningful demand — were supported.

A friend recently broached this topic with me, and the most striking point of the conversation was the historical failure. Eventually, these consoles will stop working entirely, and without any way of playing, say, a Genesis game, there will be no way to preserve gaming's history.

Failure to create new ways of accessing the old content simply assures that somewhere down the line, a lot of this content will vanish entirely.

I touched on this some time ago, Adam. Check it out!