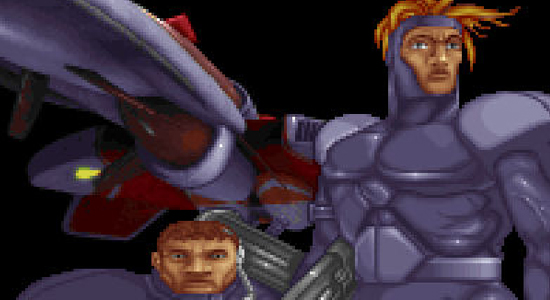 -COM: UFO Defense (or UFO: Enemy Unknown in the UK) might be the single game I've spent the most time playing throughout my life. Every time I pick it up — which is normally at least once a year — it manages to completely suck me back in. There aren't many other fifteen-year-old games that can claim to have that effect on me.

The original X-COM holds up surprisingly well for as title from this era of PC gaming. Newcomers might find the game baffling without consulting the game's manual and the graphics a little low-resolution, but there's still nothing else quite like it. Even today, I can't think of many titles that have managed to match its combination of open-ended strategy, edge-of-your-seat suspense and addictive micromanagement.

Many sequels, both official and unofficial, have tried and failed to recapture that lightning in a bottle that was the original. 2K Marin's recently announced X-COM re-imagining (at least from what we've seen so far) looks to take the series in a different direction entirely. Still, if it gives me the chance to come face-to-face with a high-definition Sectoid I might check it out.

Like hell they come in peace: monitor, investigate and eliminate alien activity on Earth.

But I digress. In UFO, you take the role of the commander of X-COM (or Extraterrestrial Combat unit) tasked with monitoring, investigating and eliminating the increasingly prevalent alien activity on Earth. To do this, you have to utilize two distinct modes of play called the Geoscape and the Battlescape.

The Geoscape is the management stage where you track alien activity and control X-COM across the globe. Your main responsibility here is to deploy aircraft to shoot down UFOs and dispatch troops to eliminate the alien presence at the crash zones and other sites of reported activity.

How efficient you are at these basic tasks depends on how you choose to manage your bases and their facilities. Here you can specify how you wish to outfit your aircraft and troops. Laboratories allow you to research alien artifacts and use their technology for yourself, while workshops allow you to manufacture the fruits of this research.

Management goes as deep as to have graphs of your finances in addition to alien and X-COM activity levels. All of your successfully completed research is also collected in the UFOpedia, which can be accessed at any point in this phase of the game.

Know your enemy: all successfully completed research is collected in the UFOpedia.Keeping the nations of Earth happy is absolutely essential to keeping X-COM in business. Should one become displeased with the way you've been dealing (or not dealing as the case may be) with alien activity in their area they can reduce funding and may even pull out of the project altogether, at worse signing a peace pact with the aliens. Should you fall into too much debt or allow enough nations be taken over by alien forces, humanity will be lost and the game will end.

How you organise X-COM at the Geoscape stage will directly affect your ground-based encounters with the aliens and vice-versa. While its menu system is pretty intricate and initially intimidating, it remains streamlined even today, which is somewhat of a minor marvel considering it was released in a pre-Windows 95 world.

Deploying your troops to a site of alien activity begins a mission to rid the zone of hostile forces. Gameplay switches to what is known as the Battlescape, a turn-based strategy scene set in an isometric 3D environment. Upon setting down, the map is covered by a fog of war that has to be gradually dissipated by your forces. The activity of alien units is also hidden unless at least one of your soldiers has a line of sight on them, so it becomes a delicate balancing act of mapping the area while accounting for possible incoming fire.

It's not simply a case of first spotted, first killed though. RPG elements also come into play, with every unit on the battlefield's performance defined by health, firing accuracy, weapon and armor configurations, and even morale. How you've equipped and trained your forces at the Geoscape stage can make or break the outcome here.

Despite their turn-based nature, Battlescape encounters are full of suspense.Despite its turn-based nature, the Battlescape encourages the use realistic military strategy in neutralizing the enemy presence. Covering all firing angles, moving in formations, and using grenades to clear rooms before entering are just some of the tactics players should use to effectively proceed during ground missions.

The encounters are full of suspense, aided by an unsettling and pulsating score. Hitting the "end turn" button is genuinely nerve-racking for me even today. Unless someone has line of sight on active enemy units, you can only wait for the aliens to take move their moves as the ominous "Hidden Movement" page fills your screen. What's worse is that you can still hear gunfire and the cries of dying civilians even when out of view.

There's also little room for sloppy tactics and mistakes, as individual troops need only take one or two direct hits from enemy plasma weaponry to be killed. Because of this, simply coming under enemy fire is a stressful event, again staying true to real military conflicts.

You have a finite number of in-game years before alien incursions become too numerous and too powerful for even the most efficient and lethal X-COM commanders. Should you manage to hold out long enough, your scientists will discover the source of the aliens' power in the Cydonia region on Mars. This unlocks the final mission, an all-or-nothing assault into the alien heartland which ends up being one of the most grueling, nerve-racking and epic finales to any game.

The original X-COM is available for a mere pocketful of change on services like Steam and Direct2Drive. If you somehow missed out on it up until now, I strongly recommend you check it out.

This combination of obscurity and cult-adoration reminds me of a few other dark sci-fi titles from the mid-Nineties — quite a recall. The bad news is that your description of this game's more bloodcurdling features is vivid enough to keep me away!

It would be interesting to see what a newcomer makes of it today. It took me weeks, maybe months to get to grips with the whole game originally. That said, I was like ten years old and not the biggest manual reader in the world.

I never did manage to get into X-Com. I missed it when it first came out, and when I tried to get into the game later on (via a special three-pack of the X-Com games) I failed miserably. I think my main stumbling block was the real-time nature of the Geoscape. That's my gaming achiles' heel: real-time strategy games. I am teh sad.

While there is base building and simple air combat, the Geoscape is very far from a Command and Conquer or a Starcraft. You also can control how the fast time passes so you can adjust the speed to suit your situation.

Interesting read. I just read the OXM exclusive about the new XCOM game and it's interesting to see just how different the new direction is. I'm also not a strategy person at all, so I'll probably skip out on digging this one up--but 2K Australia's game looks fun, whether or not it does enough to hearken back to its predecessors.