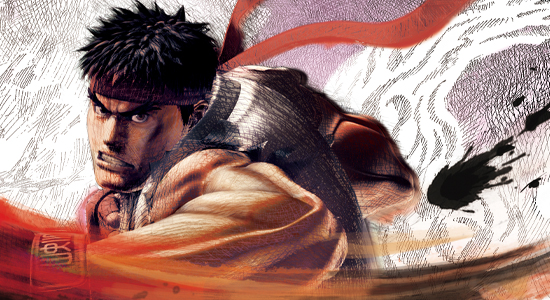 hen Capcom announced that Super Street Fighter IV would be a full disc-based retail product and not a downloadable expansion for the original Street Fighter IV, many (including myself) thought this to be a cynical way to extract another $60/£40 from fighting game fans. At the time, the company claimed that SSFIV would simply be too expansive to be feasible as downloadable content.

As it turns out, this wasn't just PR spin doctoring.

The biggest, most immediate additions here are the ten new characters, though eight of these are returning favorites from previous Street Fighter games. These include Final Fight guests Cody and Guy, the teenage ninja girl Ibuki and sophisticated British boxer Dudley. Both newcomers — worryingly-hued oil wrestler Hakan and the mad, bad and highly acrobatic Juri — fit in well alongside the other thirty three available characters.

Returning fighters are more or less as you remember them from Street Fighter IV, so if you weren't happy with the way your favorite character played there you needn't get too excited this time. However, everyone now has an additional ultra move which can be switched to before each match. If you thought your chosen fighter's ultra was a chink in your armor before, this new option might

Just like old times: returning fighters are more or less as you remember them from Street Fighter IV.

be enough to raise your effectiveness in battle.

In addition to several new stages to fight on, there have been multiple presentational changes across the board. New menu art, cutscenes, music and a completely new announcer have been added to freshen things up.

There's also a myriad of less perceptible but smart refinements throughout. The full selection of characters is available right from the start, meaning you no longer have to jump through a series pointless hoops to gain access to your favorite fighters. Arcade mode is now much more forgiving, being shorter with a substantially less difficulty final boss. A new replay mode is also a welcome addition, allowing you to analyze past matches and brush up on elements of the game. Other elements have been added to encourage and help fighting game novices, such as a lengthy and thorough manual to an improved challenge mode that teaches you character combos.

Multiplayer is another area that has been hugely expanded upon, with several smart tweaks like anonymous character selection and two brand new types of play. Endless Battle looks to replicate arcade etiquette with a winner-stays-on style system, while Team Battle lets two assembled groups of players battle for supremacy in a similar manner. Capcom has also promised greater community support this time, with plans to host online tournaments where one-of-a-kind virtual belts can be won and lost.

Sadly, one of my pet peeves of the multiplayer from the previous version does make a return.

Multiplayer has been hugely expanded upon, with anonymous character selection and two brand new types of play.I still experience this uninformative error message an awful lot when playing online. Whether it means the host has already found a competitor or that there is some sort of connection issue is never clear. Worse still, the quick match option — which you'd expect to be faster and more successful at finding games — remains useless, returning more of these messages than going through the list of sessions manually. Thankfully, refreshing the list and attempting to try another match is so quick that it's rare that you'll be hunting around for longer than thirty seconds. It's just annoying that this hasn't been addressed at all since the first game.

Aside from this one niggle, it's hard to think of anything else Capcom could do to improve the game. Super is absolutely the new definitive version of Street Fighter IV.

This can be a double-edged sword though as it renders copies of the previous edition redundant, especially with the vast majority of the online community making the step up. But Capcom manages to soften the blow by selling SSFIV at roughly half the price of a new retail release. In fact, they even go a step further by allowing users to carry over any costume DLC purchased for the previous version.

Of course if you don't own a copy of the original than this isn't an issue. But either way, Super Street Fighter IV is still a superb package that anyone even faintly interested in fighting games should consider checking out.

I think I'll wait for the "Turbo" version.

Honestly I wasn't a big fan of SFIV and probably would care for this one just as much. It's definitely a solid game and deserves all the merit it gets but I never could get into the Street Fighter series as a whole. I was always more of an SNK fan (Samurai Showdown & King of Fighters)

Apparently there won't be any further versions: https://tinyurl.com/353n8kz And after Capcom more than delivered on their promise with Super, I believe them.

They are putting out the new Marvel vs Capcom and a rumoured Darkstalkers reboot which lends further credence to this.

Interesting! I expected this to be "just another Street Fighter," but apparently it is worth trying.

And where on Earth did you come up with "niggle"?

I was kind of on the fence about getting this, but I really think I'm going to now. I've never been good at fighting games, so I probably won't play online (and thus not have to experience being unable to join a session), but it'd be fun to just mess around with friends and family offline!

"Niggle" is a word! It's a nitpick or trifle. It isn't indicated as "chiefly British" but tends not to be used by Americans.

Edit: I just realized that James broke the Bullet Point barrier with seven. Looks like the text simply blocked the anchor line — the daredevil succeeds!

I didn't know that one wasn't known outside of the UK (I think the Aussies use it too). It's a funny one though.

I'm definitley one of the most bullet point happy here at G&P. I'll try to tone it down in future if its a problem!