One-Liner: Should the Lines be Blurred? on Game and Player 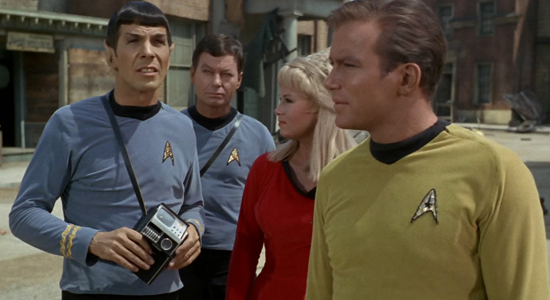 Think carefully about whatever you just turned on.

odern gaming devices are constantly challenging the traditional definition of "game console." The 360 doubles as a media extender, the PlayStation 3 ushered in 1080p HD, and the Nintendo Wii is helping us lose weight.

Meanwhile, smartphones like the Droid and iPhone and devices like the iPad are allowing video games to reach people, places, and times that we never thought possible, blurring the lines between telephone, computer, and game device.

In the future, it seems like the boundaries that separate these devices are going to crumble and eventually disappear. Is this a good thing? Do you want the device that you play games on also responsible for your e-mail or television? Do you want to make phone calls on the same thing that you catch Pokémon on?

Does the integration of video games into other devices — and vice-versa — excite or disappoint you?

Certainly, some recent combinations have been very successful — but so far, all-in-one appliances for the individual or household have shown weak longevity. Discrete tools continue to justify their place in daily life. I see integration running parallel to technology markets, rather than standing athwart.

I agree that dedicated devices are always preferable and usually more successful.

I think the all-in-one technology we see in science-fiction is mainly for narrative convenience and not likely to happen unless Star Trek's currency and capitalism free future really does come to pass.

I want all-in-one technology to work, but I feel the same in that the individual components tend to suffer in the current state of things. It is a pain for me to have so many devices, but I deal with it.

My favorite thing so far would have to be Windows Media Center. That plus some other components allow us to access content from our server at any television/xbox station (we have many). This is something I hope will become more easily integrated into technology-ridden homes such as ours.

While I'll always be a multi-console gamer (platform exclusives are usually too awesome for me to pass up), I get really excited by devices that seem to "do it all." The PS3 may have seemed extravagant and overpriced to many, but if you looked at its feature set, you knew you were getting something truly special.

Long story short: the fewer boxes the average consumer can have below their television and still be happy, the better :)

I'm not a fan of the line-blurring. As has been said, dedicated machines tend to be better. Moreover, technology breaks. I'd rather be without video games or cable for a week than have one box break and lose all access to the digital universe.

Moreover, tech is expensive. Yeah, in the long run an all-in-one might be affordable, but a lot of people (including the youth that currently make up a huge demographic of media purchasers, what with lots of free time and disposable income) would probably be left out of that loop for quite a while. I have enough trouble affording a game every couple months. Can't imagine what it'd cost if my XBL account included phone and internet bills.