There Is No Cash Register on Game and Player 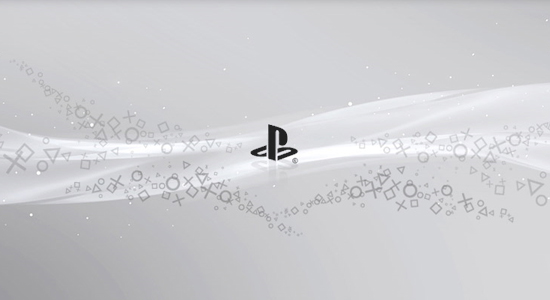 Digital distribution has become a way of life.

ver this last weekend I, along with over a hundred thousand other people, purchased The Humble Indie Bundle. It's a collection of six independently produced games, distributed digitally and completely free of DRM, for however much the user feels like paying. The average person paid about $9. The distributors of the Humble Indie Bundle also offered the option to split the user's contribution any way they chose between both the developers of the game and charity; both Child's Play and the Electronic Frontier Foundation partnered with the Humble Indie Bundle, and each of them received about $200,000. All told, the bundle generated over a million dollars.

Seeing this package and how successful it was has made me rethink ever having to visit a brick and mortar store again. Digital distribution isn't new, but I think we're just now starting to see the model come into its own; not only as a distribution model, but as a component of video game and gamer culture. Ten years ago the idea of downloading something overnight was alien and strange, but today it's just a part of owning a computer or a console. I see people take pride in buying things digitally, and people especially take pride in buying directly.It seems like people are becoming more comfortable with the idea of digital ownership without any physical media. Personally, I haven't bought a CD in years. All my music purchases are made through the iTunes store. I haven't made the switch to all digital for games yet, but I can see myself going that way as the marketplace and technology adapts.

I see people take pride in buying things digitally, and people especially take pride in buying directly. The latter isn't anything new, but game developers are beginning market their software directly, rather than going through much larger (and more costly) distributors. I love buying stuff right from the makers. It's like buying a T-shirt from a band's merch table at a show, rather than from Wal-Mart. Even if it's the same shirt and even if it's more expensive, I feel better knowing that my $15 is going towards gas money in the band's van rather than through the endless maze of pocket lining that comprises the traditional distribution model, especially for music.

But with this emerging method of distribution comes some growing pains. Last week Nintendo released the black Nintendo Wii, causing everyone who owns a white Wii to go, "Aww . . ." More than a few people ran out and bought the black one, relegating their white ones to spare rooms, eBay, or Craigslist. Many of these die-hard Nintendo fans were shocked, however, when they realized that Nintendo has no method of transferring purchases made on the Wii, like Virtual Console games, across consoles. Those purchases are tied to a specific Wii, not an account, and cannot be re-downloaded elsewhere.

Even though I enjoy going to GameStop and chatting with the employees, I rarely do so unless I'm purchasing a physical item.Nintendo says they're working on the problem, but they've been startlingly naive about these types of things in the past. An interview when Wired.com brought up the fact that the first-run Wiis only had 512MB of internal memory, a VP at Nintendo said, "But if your refrigerator's full, you've got to pull something out and put something else back in. That's just the normal issue of space. I mean, really, are you using every single thing on there?"

Elsewhere, the process is much smoother. Direct2Drive, Greenhouse Games, the Xbox Live Arcade and store, and PlayStationStore all allow the user to download games as many times as they choose, because the game is tethered to their account and not a specific piece of hardware. More and more I find myself turning to these distributors for games, rather than physical stores. Even though I enjoy going to my nearby GameStop and chatting with the employees, I rarely do so unless it's a physical item I'm purchasing, like new Rock Band drums.

Speaking of digital distribution and Rock Band, I got my Xbox 360 back a while ago. Microsoft rescued it from the hell that the Red Ring of Death sent it to, and now it's recovering nicely in my entertainment cabinet. For some reason, after getting my console back in the mail, I had to re-authorize all my downloaded content so that it worked on my console, piece by piece. After about 20 songs I started counting, and when I was finally done pushing buttons the tally for my Rock Band DLC stood at 138 songs. At $1.99 a song that comes out to $274.62 spent on Rock Band music, without a foot set in a store.

I never jumped on the iPod bandwagon — perhaps because I didn't see a lossy format like the MP3 worth investing in — but like you, I purchased my first CD in years a few months ago and am unlikely to buy another. When given the option to download a game or application directly, or pay extra to receive a disc, I usually choose the former.

I can visualize abstract value, so I suppose I'm prepared to consign my property to the digital realm.

I've been downloading albums from Amazon a lot lately simply because you can get them for $5-8 rather than $15-18 at the store. Plus, like you mentioned, often times the money goes more directly to the artists than it would by purchasing the disc because it doesn't go through 3 or 4 different pockets before it gets to them.

Still not sure what Nintendo is going to do about all the Wii problems with DLC. Tying your downloads down to one system was a really lame idea. I had a Wii that had almost the entire Final Fantasy IV: The After Years downloaded but my ex took it, now I'm down $20-30, plus an additional $20 or so for other games I've downloaded on it that I simply cannot get back.