Machinarium on Game and Player 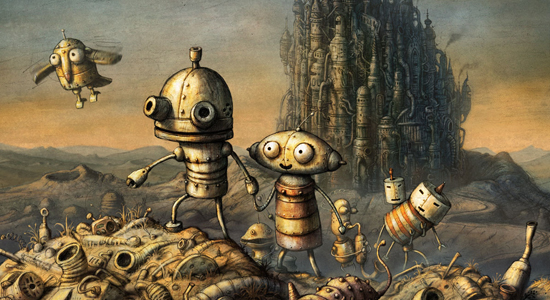 A charming indie adventure that's challenging even for genre veterans.

achinarium is a point and click adventure from Czech-based indie developer Amanita Design. In it, you take control of a small but versatile robot to help him solve a series of puzzles throughout the imposing eponymous city.

Other than the metallic protagonist's ability to stretch his arms and body to solve certain puzzles, Machinarium's game play is pretty by-the-numbers. You have to work your way through the environments utilizing items, solving puzzles and occasionally completing mini-games. It's actually pretty archaic in this area and may leave people use to modern adventure titles feeling frustrated. It's highly challenging right from the outset with multi-stage mechanisms needed to be understood and reprogrammed in order to get through the opening scenes.

The beautiful and intricate hand-drawn style looks straight out of a graphic novel.

But the gameplay is almost overshadowed by its presentation. The game won last year's Independent Games Festival award for "Excellence in Visual Art" and it's not difficult to see why.

All told, Machinarium's world is a delightful one to inhabit. The beautiful and intricate hand-drawn style looks straight out of a graphic novel. A fantastic soundtrack has the ability to make us feel sympathetic to the robot protagonist's plight, yet keep us in awe of the otherworldly machine city teeming with life. And the characters themselves manage to be charming despite never uttering a single word of dialogue — all communication and exposition is handled through pencil-sketch animations in speech- or thought-bubbles.

The game uses a two-tier hint system for those moments when you get stuck, but it's not as intuitive as you'd like. You can summon a thought bubble above your character's head at any time, which will reveal a picture of your overall objective for that area. This is often sufficient for the early, more straightforward stages, but if you find yourself stumped later and need step-by-step hints you'll need to use the second part of the system. 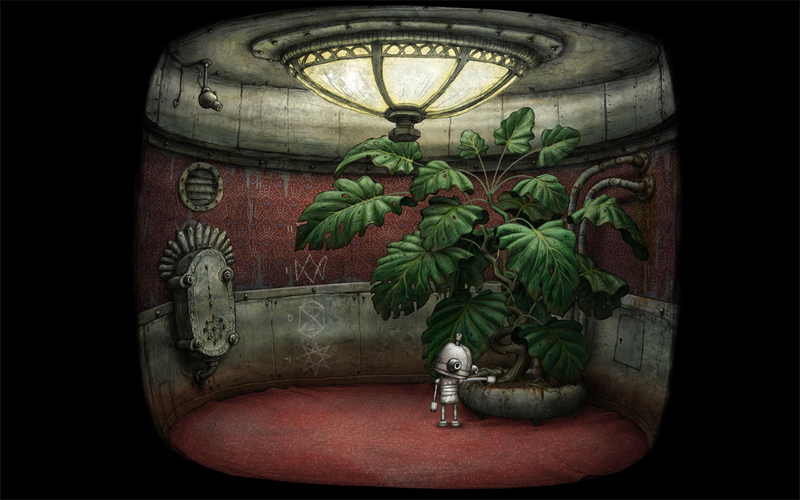 Baffled? The game uses a two-tier hint system for those moments when you get stuck.Here, you'll have to complete a level of a simple side-scrolling shooter. It's a good idea to make the player do a little bit of work before you present them with a puzzle solution, but this mini-game is so slow and boring that it's just easier to head over to an online FAQ, especially considering you have to beat another level to witness the same hint again.

Similar frustrations crop up later on as the primary game play focuses more and more on mini-games. You have to complete two arcade-style games and lengthy down-top shooter segment in order to progress, which I felt were cynical ways to stretch out the last few hours and hurt the game's overall momentum.

Still, Machinarium deserves the continued praise it receives from critics and gamers. While gameplay isn't as polished as it could have been, the wondrous robotic world will undoubtedly suck you in. Unless you're adamant at having a plot-heavy, laid-back adventure experience, this is one not to be missed.