Final Fantasy I and II for iPhone on Game and Player 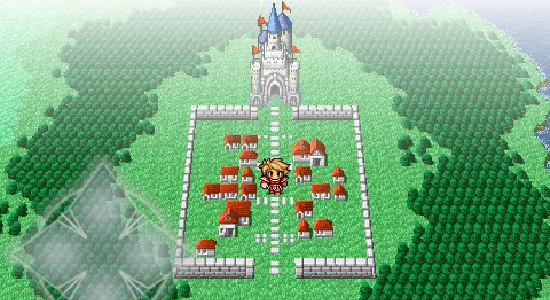 Final Fantasy I and II for iPhone

Square Enix hands the originals yet another phoenix down.

he first two Final Fantasy games have been ported to a staggering amount of formats over the years. Originally birthed on the Nintendo Entertainment System in the late 80s, both have been tweaked and revamped across all sorts of home consoles, portables and even mobile phones in Japan.

For the new versions of Final Fantasy and Final Fantasy II for iPhone and iPod Touch, Square Enix has wisely chosen to take the most recent and fully featured ports released for the PlayStation Portable and adapt them for touch-screen controls.

Moving around in the games is a cinch with the on-screen directional pad and button controlling your movement and interaction. Further functions aren't as obvious to execute but are simple when you know how; standing still will reveal your team's status window in the bottom right of the screen which can be tapped to open the menu or held down to show the map screen. In combat the usual commands like attack, defend and magic are represented with icons, with targets for said spell and attacks being defined simply by tapping the appropriate on-screen character. These controls aren't as fast and fluid as the traditional D-pad and buttons setup, but on the whole the interface has a solid, unobtrusive design that fits the format well. 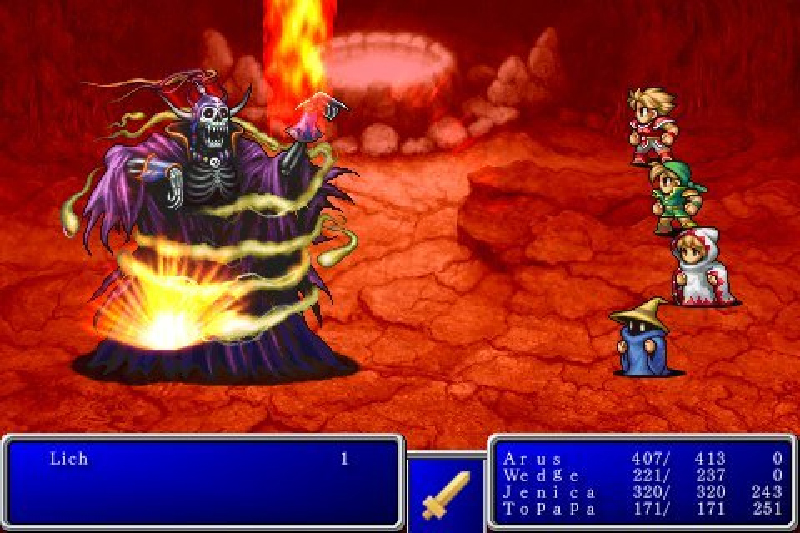 Controls aren't as fast and fluid as the traditional setup, but the unobtrusive design fits the format well.Besides the brief CG cutscenes first seen in the PlayStation Final Fantasy Origins collection, all of the additional content created for games over the years has been included here. Most significantly, the bonus dungeons that add several hours' worth of longevity to both games are present and correct. However, there isn't anything new or exclusive this time around so if you've played the previous versions for GameBoy Advance or PlayStation Portable there's really nothing here to warrant another purchase.

For as much as Final Fantasy and Final Fantasy II have been retrofitted since they were originally launched, there are still some old-school elements here that can prove frustrating. One big reoccurring problem is that it's not always clear where you're supposed to be going. Clues to what you're meant to be doing are found by talking to specific NPCs, but if you happen on that one person in the world, it's likely that you'll spend long periods of time wandering around lost and confused. Perhaps some sort of hint system similar to the ones found in modern graphic adventure games might have helped eliminate such aggravations.

Players used to the conventions of the modern games in the series may also be irked by the lack of cinematics, state-of-the-art graphics, and even a story for the most part. Personally, I think this no-frills style really suits the portable format. The limited narrative means you don't have to worry about keeping up with a drawn-out plot and can instead focus on building your team and running dungeons. And with the ability to save your progress at any point, the games strike a good balance between pick up and play simplicity and RPG depth.

If you have to choose between the two games, the first Final Fantasy is definitely the better option. Final Fantasy II has long been considered by many as the black sheep of the franchise due to its controversial ability leveling system and some rather vindictive level design later in the game.

But given their wallet-friendly prices of $8.99/£5.49 each it's hard to criticize too much. When you consider the last ports of the games for PlayStation Portable were retailing at $30/£20 each, these Apple versions are superb value for money.

Final Fantasy I and II for iPhone