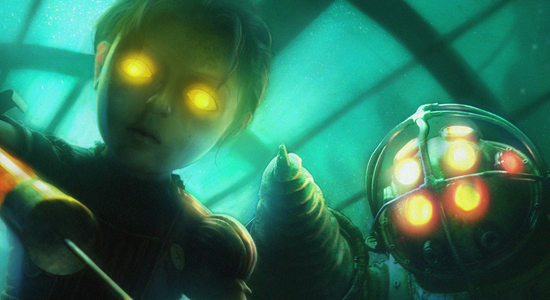 ig Daddy's back, and this time, he's… you. Bioshock 2 brings players back to Rapture, the beautifully realized setting of the original Bioshock. This time, you take control of one of the diving suit-clad menaces that haunted your character in the first game, playing your part in an undersea civil war. Expect customization, moody atmosphere and a hearty helping of awesome. Provided this PlayStation 3/Xbox/PC release doesn't fall on its face at the last possible moment (as was the case with the first Bioshock), 2K Games should have a hit on their hands.

After a year's worth of controversy, Dante's Inferno finally hits store shelves. As big a travesty as this release may be for literature and philosophy majors, EA's latest may be able to save itself on the merits of its action gameplay. Casting aside the offensive viral marketing campaign, there's really only one question left on gamers' minds: can this God of War clone better its inspiration?

Star Ocean The Last Hope: International is the latest in Square Enix's long-running sci-fi RPG series. While nowhere near as successful as the Final Fantasy or DragonQuest franchises, Star Ocean does have a hearty fan base that's all its own. PS3 and Xbox gamers can find out this week if this RPG is for them.