Confusing Silence With Class on Game and Player 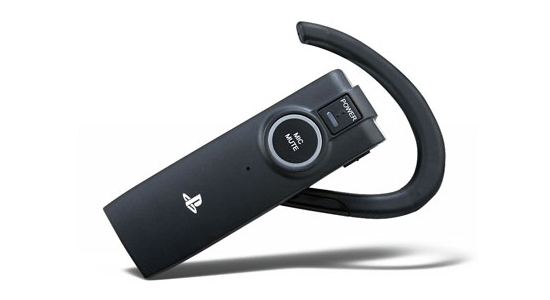 re PSN gamers really more mature than those found on Xbox Live? Having played MAG regularly over the last two weeks, there's a small part of me that wants to agree with the assertions of Ben Jones, a designer at Zipper Interactive. When asked about his new game's online experience by the folks at Gamerzines last month, Jones described Xbox Live as "juvenile" compared to the PlayStation Network, citing "the things that are being said over Xbox Live" for that service's relative immaturity. Are these statements fair? In a sense, but in order to understand PSN, one first needs to understand who's talking and why.

The MAG beta, the experience which inspired Jones' comments, really was something special. Gamers cooperated and communicated on a level I haven't experienced since the early days of the PS2's network adapter and games like SOCOM and Final Fantasy XI. These were simpler times, enjoyed only by the hardcore and the truly dedicated. Early adopters and beta testers share a common bond: both are but a small portion of any platform's user base. Take Halo 2's proximity voice: a fun social feature became a wretched outlet for profanity and vulgarity.While beta tests are a great way to evaluate a game's technical underpinnings, they tend to be less successful at approximating a retail product's social dynamics. Halo 2's proximity voice wasn't quite the same on Xbox Live as it was amongst a closed group of Microsoft testers — what Bungie intended to be a fun social feature became a wretched outlet for profanity and vulgarity.

As you may have expected, MAG's online community is quite different in its final, mass-market form. While there's still a great deal of cooperation and camaraderie to be had, there are also plenty of curses and racial slurs to go around. If there's anything moderating an influx of nasty, racist twelve-year-olds, it's the simple reality that the PlayStation 3 doesn't ship with a headset. I consider myself pretty tech-savvy, but even I have found pairing anything but Sony's "official" Bluetooth headset with my PS3 to be troublesome at best. As such, only those who really want to say something (be that racist or helpful) in MAG tend to be heard.

The Internet has brought with it a wide variety of open and anonymous forums, for better and for worse. Is the PlayStation 3 a more mature place to game? Perhaps, but by that same logic, Facebook and Myspace would be more mature if you hacked off the fingers of 50% of their user bases. Are the people playing your game more considerate and serious than those playing on Xbox, Mr. Jones? Go ahead and ask, but remember: a substantial portion of your audience is mute.

I'm always amused by people who are so quick to assume their children are perfect little angels.

I had a hard time setting up my headset that came with Warhawk I about gave up. It was a good thing a friend helped me out over Xbox Live to set up my PS3 headset. :)

i suppose that I should be ashamed to say that I had problems setting up the offical PS3 headset at first. Just wish it was more comfortable though, always feels like it's going to tear up my ear cannal when I wear it for a couple of days on end.

Great angle, Ed. I have a great deal of trouble communicating with friends on PSN. It takes some persuasion getting those that are resistant to buying a blutooth headset to get one, and when they finally get one it's a $20 knock-off that makes them sound like Gollum at an incoherent volume.