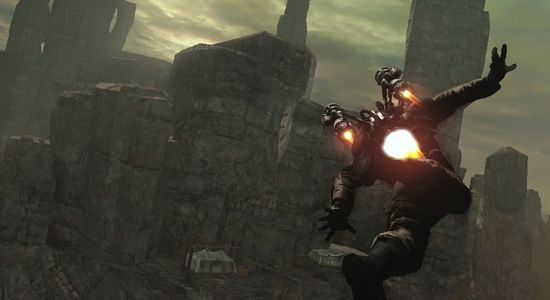 hile on the surface it may appear to be a Nazi-free retelling of Disney's The Rocketeer, Capcom's latest sci-fi action title, Dark Void, is treading a path that's all its own. Fight an alien menace this week on your choice of PS3, PC or 360.

Another slow January for the gaming industry means another Silent Hill game from Konami. Silent Hill: Shattered Memories looks to feature all the flashlight-wielding fun of previous games. The latest in this survival horror franchise hits stores this week on PSP, PS2 and Wii.

A dash of Greek mythology suggests freshness from this Paon-developed RPG: Glory of Heracles gives DS owners a motley cast of characters to control in turn-based combat scenarios based (very) loosely upon the Greek classics. While the series has a long history in Japan, this title marks its North American debut.

Dark Void bears too many marks of a Plan 9 from Outer Space for video gaming. That Brad Pitt is reportedly planning to make a movie out of the IP, however, piques my curiosity in an Ed Wood sort of way.