The Legend of Zelda: Spirit Tracks on Game and Player 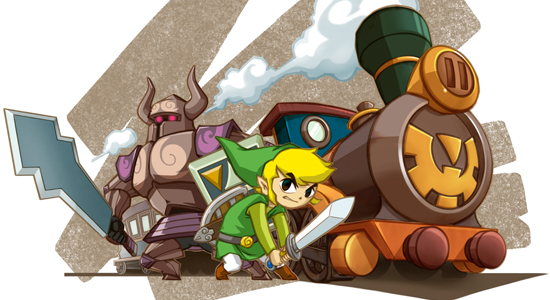 The Legend of Zelda: Spirit Tracks

One of the best Zelda titles in years.

007's Phantom Hourglass was praised for bringing The Legend of Zelda to the Nintendo DS, successfully creating an entry in the series that controlled entirely with the touch screen and featured a pseudo-3D look reminiscent of predecessor The Wind Waker. While this may have been a technical triumph, it suffered from an identity crisis leaning far too heavily on the conventions and personality found in previous titles, specifically the The Wind Waker and the original Zelda portable Link's Awakening.

Thankfully, Nintendo has listened to its critics with follow-up The Legend of Zelda: Spirit Tracks which manages to blaze a trail for itself, bringing an original premise, a much more compelling story and several interesting innovations.

It marks the first time the franchise has had direct continuity across more than two games, continuing the legacy of the world and characters first seen in The Wind Waker. Set a hundred years after the end of Phantom Hourglass, a new kingdom has been established on a large continent that — much like the old Hyrule 8— has a loaded history. Long ago the peaceful spirits of the land sealed away an ancient evil called Malladus in the Spirit Tower, which is now maintained by train track-like chains that reach across the land. This "sealing away evil" plot device may sound remarkably familiar to anyone who's played a Zelda game before, but Spirit Tracks wastes little time in taking a right-turn from tradition. 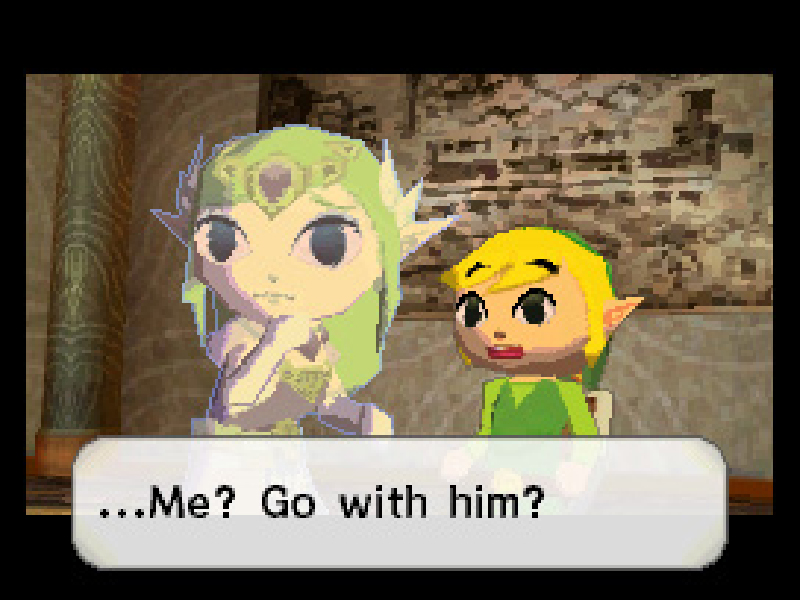 When Princess Zelda has her body stolen by those wishing to revive Malladus, her separated spirit becomes your permanent partner. While she provides direction and a voice for our silent protagonist — a common job in the series since Navi in Ocarina of Time — her role becomes so much more inside the primary dungeon, the Spirit Tower. Here, she can possess living suits of armor called Phantoms and becomes crucial in aiding Link on this new quest. Although she still technically still needs our hero's help to retrieve her body, this is a dramatic shift away from the mere damsel-in-distress role she's occupied since the franchise began. The character development between the two is one of the most charming parts of the Spirit Tracks, and by its conclusion they have undoubtedly formed the closest relationship of any incarnation of Link and Zelda to date.

The princess can assume up to four different Phantom types each with different skills, the most prominent of which being the ability to carry Link over hazards like fire as well as helping him up to higher platforms. The game's touch screen controls really work best here, with all of Phantom Zelda's movements and commands being controlled by drawing simple outward lines from her with the stylus. While a cooperative mechanic is nothing new for the series, this is much more than the glorified escort missions of The Wind Waker. The simple yet fluid two-character dynamic is brilliantly used, especially late in the game when it forced even this hardened Zelda fan to think on new levels to find the correct puzzle solutions. 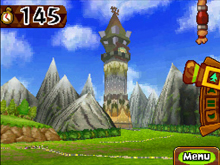 A new kingdom has been established on a large continent that has a loaded history.Phantom Hourglass used a simplified version of the ocean sailing system found in big brother The Wind Waker and though technically competent it did feel somewhat neutered in more than a few ways. Spirit Tracks exchanges these seafaring motifs for train-driving and as a result feels much more cohesive and better suited to the technical limitations of the DS. Though in a way it's more limited what with being confined to rails, chugging across an expansive and populated continent is a lot more enjoyable than doing so on a barren sea sparsely filled with islands. There are some similarities in the controls, such as using the stylus to swing the camera about and drawing your route on the touch screen map, but it's just different enough keep it from feeling like a simple retread as well as helping to impart a strong sense of individuality on the game overall.

Most of the weapons and items are classic Zelda like the bombs and bow, though for the first time on the DS Link has to use a musical instrument to progress in the game. To play the Spirit Flute requires the player to blow in the DS's microphone whilst aligning the correct note pipe in a similar way to a real pan flute. It takes more effort to pull off than instruments used in previous Zelda games, and I found it a bit finicky on some of the longer songs that appear later on. Overall though, it's a satisfyingly visceral new approach to performing music in a video game. 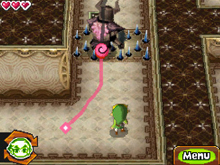 I should also note that Spirit Tracks also ships with a multiplayer component. Up to four players can engage in a frantic race against time to collect as many force gems as possible, dodging Phantoms, traps and each other in the process. While this can be fun with a few friends, it's really just a neat little bonus on top of the lengthy, creative and memorable single player experience Spirit Tracks provides. One of the best Zelda titles in years.

Two questions come to mind. Other than Mario Bros., is there a series as consistently respectable as this one? And is there a company, other than Nintendo, capable of giving these properties such longevity?

I think Final Fantasy comes close, but each instalment seems to be devisive in its own way. That and FFII is universal agreed upon to be a pretty busted game.

The Legend of Zelda: Spirit Tracks