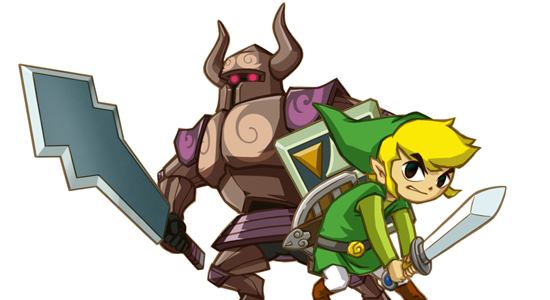 Link steams onto the Nintendo DS.

intendo's being coy about the next Wii Zelda, but the latest DS title in the series is already here: The Legend of Zelda: Spirit Tracks puts a new spin on the old standard, introducing plenty of mechanics that highlight the varied control options of Nintendo's portable.

Even with Pandemic closed, EA has no intention of sweeping The Saboteur under the rug. This stealth action title puts players in the shoes of a resistance fighter in Nazi-occupied France. Use a variety of subversive tactics to drive the Third Reich out of Paris. It's available now for Xbox 360, PS3 and PC.

PixelJunk is at it again. Following up quirky strategy, racing and platform games comes PixelJunk Shooter. This 2-D blastfest couples highly stylized graphics with simple controls and tight shooting mechanics. Download it this week on PSN.