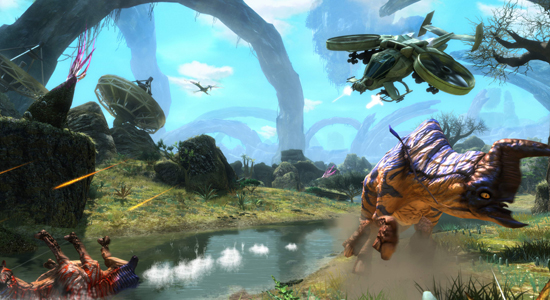 xcited about James Cameron's upcoming sci-fi opus about a race of blue aliens being subjugated by an uncaring human race? You can get a preview of the action this week care of James Cameron's Avatar: The Game, releasing for 360, PS3, Wii, PC and DS. If the game's at all like the flim's previews, expect flying machines, blue people and over-the-top morality drama.

Bethesda Softworks brings a new tactical shooter to the table: Rogue Warrior tells the tale of a stealth operative who's sent into North Korea to uncover details on that nation's ballistic missile program. Intrigue, explosions and political incorrectness ensue. It releases for 360, PS3 and PC.

MX vs. ATV Reflex is straightforward enough. You're racing. Through the dirt. On a motorcycle. Sound familiar? While it may not bring too much that's new to the table, that doesn't mean that this racer from THQ won't be entertaining. It launches this week for 360, PS3, PSP and DS.