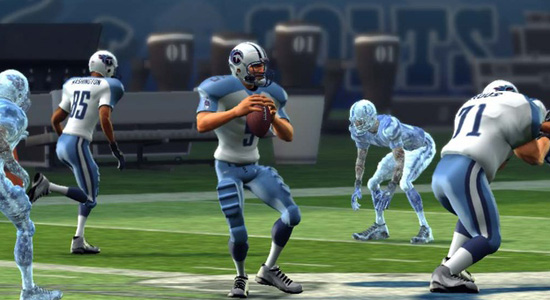 his week, Tekken 6 goes portable. Everything's a little less "wow" in the PSP version of this 3D fighter, but that's not to say it isn't still an impressive title considering the platform. While no one can fault the size of the roster or quality of the fighting system in Tekken 6, there's still that nagging question: has it done enough? Check it out on your platform of choice and see for yourself.

Super Mario Kart is no spring chicken, but that doesn't mean it can't still be fun. The original SNES title releases this week on the Wii's Virtual Console. While it may bore younger fans who are only familiar with the more recent Kart titles, no one can deny this game's historical significance. After all, this was the SNES title that made racing fun all over again.

Are traditional Madden games a bit too much for you? Perhaps you should check out Madden NFL Arcade, a five-on-five downloadable title for Xbox 360 and PlayStation 3. The action's a bit more frantic and the play's been slightly simplified, but it's still football. I've got to admit: while I know nothing whatsoever about the sport, this title looks darn pretty for being download-only.