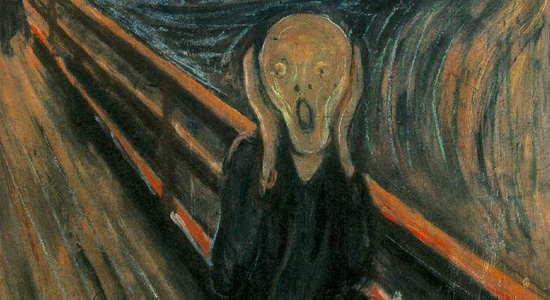 Should your gaming mouth be washed out with soap?

enerally speaking, I like to think of myself as a pretty mild-mannered and sensitive dude: I appreciate music, dance and the arts; I let strangers merge in front of me on the highway; I politely smile at old ladies in grocery store checkout lines. How is it, then, that as soon as I start playing a shooter like Call of Duty: Modern Warfare 2, I begin cursing like a sailor?

Granted, my flaring temper is mild compared to some, but I'm still more than a bit embarrassed by it. For whatever reason, extreme competitiveness takes a hold of me while I shoot virtual holes in strangers. In my defense, there are some nasty, racist little twelve year olds on Xbox Live that deserve to be called names, but in that case, I'm merely lowering myself to their level.

How would you rate your own behavior on online services like Xbox Live and PSN? Are you a silent and demure slayer of souls, or do you spend a good deal of your time yelling at your television like I do?

I turn into a pretty big asshole if you give me a headset, but I'm ambivalent about the whole voice communication thing in general. If I'm playing with friends or guild-mates, it's a necessity; but listening or talking to random strangers on XBL is something I can do without.

I try to keep my cursing humorous and colorful, period.

I'm TERRIBLE about cursing at the TV. It's actually pretty funny how angry I get sometimes. I rarely play online games, though, and when I do I don't use voice chat. I don't even really like talking to my friends on the phone, let alone strangers on a video game.

I'm pretty silent, big surprise there. I usually mute half of the people in the game anyways since the majority of the ones who speak are little kids who have been too emboldened by their anonymity in a virtual world. Not having mommy & daddy around to punish them for what they say, no matter how vulgar or annoying, excites them.

I am fairly successful at keeping my vocabulary pretty clean in everyday life, but for some reason the heated action of some games just brings out the worst in me via spoken word.

I'm getting better though!

Bottom line no matter if you're sissy or a sailor TV's were meant to be cursed and yelled at. Come on who's old man wasn't dropping F bombs at football officials or saying how he'd eph Laverne or Shirley, Gaming just gives us another reason to let out a "Are you F@#kING kidding me" at our Zenith.

I am absolutely a "kiss your mother with that mouth?" type player. I often find myself disgusted with my inability to hold my tongue. Some people hit punching bags....I play online FPS's

I like Belanger's analogy. But my cursing usually sets in when I'm getting cheaped over and over. The eighth try on a boss... getting caught on level geometry... and so on. I'm having fun imagining the same scenario with a punching bag. Can the swinging bag cheap you in some way? If your fist gets stuck in its firm stuffing, must you hit restart?

Expedient play — cheaping — is most certainly a flashpoint for me in multiplayer games. I don't pass up every advantage, but have never felt the compulsion to choose a gambit or loadout that affronts the spirit of the game. Noob-tubers? Noob-combo users? I will condemn you.

Generally speaking, i try to avoid swearing whenever possible (though in recent years i've been less successful). Ironically, i've never really been tempted to swear online--it's only during frustrating moments of campaigns that i've been known to let a few expletives fly. And even then, it's usually minor.