The Conduit on Game and Player 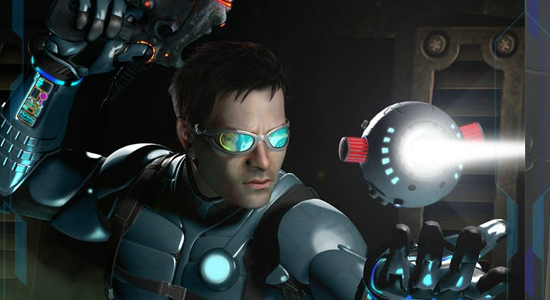 A game too aware of what has preceded it.

For a Wii game" is fast becoming part of the lexicon of gaming, and it's a common practice in critical circles to allow certain concessions when discussing Wii releases. Quality tends to be judged with the standards scale dropped by a few notches for many reasons — hardware constraints, online functionality, and the Wii's unique control interface to name the most prevalent. The Conduit adds another element to the unique conundrum of Nintendo's current platform: Developers simply don't make games like this for the Wii.

High Voltage Software began its publicity run for The Conduit stating big intentions, producing a glossy, technologically competitive first person shooter, and in turn, championing itself as savior of hardcore gaming on the Wii. It wasn't long before people began to relate to the call, Nintendo itself billing The Conduit as its great hope for the jaded segment of gamers bemoaning the lack of core titles on the system. In realization, it's a convincing action FPS with a workable online multiplayer component, but in its desperation to pander to the needs of the minority, it finds itself limited not by hardware constraints, but by weight of expectation. 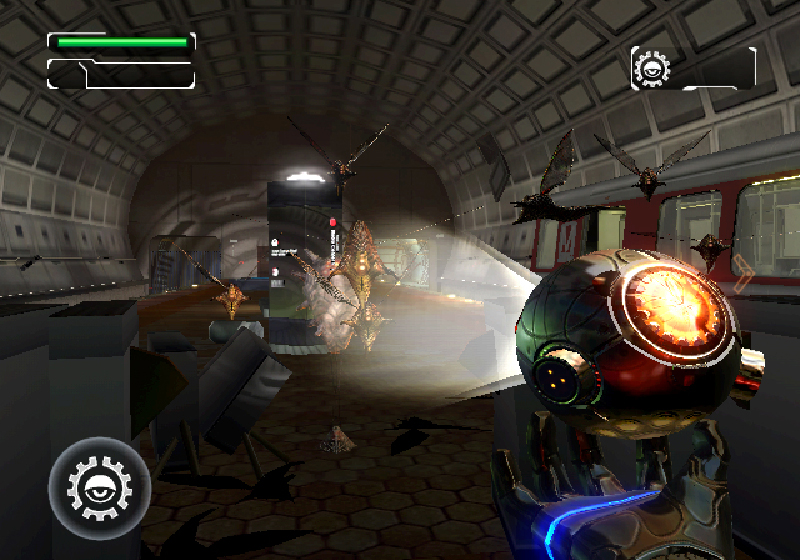 Technically, The Conduit
is quite a feat.

Technically, The Conduit is quite a feat, presenting some interesting visual techniques more commonly encountered on the Wii's more powerful competitors. Often, the frame rate suffers amidst the flashy light sourcing and particle effects, and the depth of field style focus is very poorly implemented, proving a distraction throughout the course of gameplay. It's an admirable programming exercise, however, and successfully proves that the Wii genuinely has more graphical punch than many developers are willing to exploit. Despite the graphical showmanship, it never manages to distract from the lack of artistic flair, especially against the backdrop of depressingly clichéd environments, heightened by the painful voice acting and weak characterization.

The Conduit is terribly bland — a lifeless world inhabited by a ream of by-the-numbers space aliens, backed with a plot that is simultaneously ludicrous and uninspiring, a sub-par tale of high level conspiracies, pseudo-mysticism and otherworldy nonsense. While such creative missteps are a troubling aspect to dismiss, I can't help but give the game's inherent lack of imagination a pass, as behind the drab exterior The Conduit is indeed a fun experience, one unlike anything else on the Wii.

In its favor, the game has been carefully designed to maximize the potential (or minimize the limitations) of its platform, and High Voltage has made a fantastic case study in how to create a first-person game on the Wii. The range of options available to players to customize the control interface is a welcome addition, and almost every element can be tailored to specific tastes and play styles. After years of pitch-perfect console shooters, it seems strange to have to make so many alterations manually, but it's well worth persevering with to get the most out of the game. Sadly, one assumes the majority of Wii owners will not understand, or care for what a bounding box does. 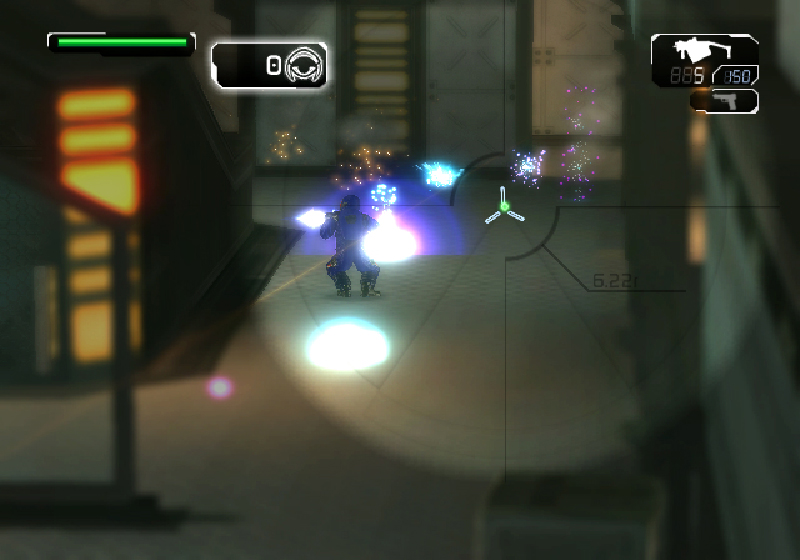 Is replicating games over a
decade old a worthy cause?The Conduit constantly expresses its own self-conscious nature throughout. As the graphics technology employed begs players for attention, its central gameplay style appears to want nothing more than to appease the malcontent few and is hugely reminiscent of the Rare shooters of the N64 era. While High Voltage may believe it is fighting a worthy cause for fans clamoring for a continuation of the days of Goldeneye and Perfect Dark, replicating games over a decade old, ones aging far harsher than memory may recall, will not be enough to fool anyone but the most vociferous internet fanboy.

Unless the Wii is the first contact with a video game system, you will have played many games like this, several times before. For multi-platform owners, The Conduit offers little of interest aside from its excellent control interface, but to those looking for something different from their console, The Conduit is an enjoyable change of pace, offering a perfectly adequate, if dated first-person shooter experience. It looks good to boot, and has a fair online mode — for a Wii game. Whether Wii owners genuinely want to play games like this, still remains to be determined. Throughout its progression, The Conduit is always far too aware of what has preceded it, and the experience feels a little awkward, clearly knowing its niche but lacking in an identity it can truly claim for its own, a problem for any game, regardless of platform.