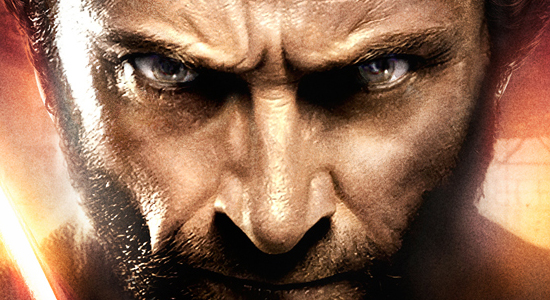 pening with the character plummeting through the sky, crashing claws-first into a hapless enemy, the game states its intent early. X-men Origins: Wolverine is a an enjoyably visceral, if flawed brawler that delivers action and claw-based violence in spades, and provides long-suffering fans a chance to play as Logan at his bloodthirsty best.

Despite its movie tie-in status, X-Men Origins: Wolverine tells a very confused tale that mixes elements derived from both comic and film variations of the character. Fans of either medium will struggle to find any entertainment within the meandering plot, and the juxtaposition never feels convincing. It's a jarring experience to follow a story arc from the film, later to face-off against a comic book Sentinel, or several rock golems that would be better suited to a Conan adventure. Importantly, the character's physicality and attitude has been adapted faithfully, and while the experience is somewhat impersonal, the fast-paced combat goes some way to obscure the apparent lack of charisma.

Fans of the character will
feel right at home with
the feral attack style.

Wolverine's famed mutant abilities are well represented, a sticking point for many games that fail to acknowledge that the character's essentially immortal nature. Two energy bars are employed, one that constantly replenishes itself to demonstrate the character's regenerative powers, with Wolverine being apprehended by his pursuers once the second meter shows that Wolverine's internal organs have taken consistent damage. Wolverine's skeletal frame is laid bare for all to see once enough punishment has been absorbed and the effect looks very impressive, with the deformation adding a sense of authenticity and urgency. A sharper design choice would have been to remove the energy bars completely, as being reduced to a rampaging skeleton is generally a solid indication of battle damage. Feral sense, a mode in which hidden items, enemies and waypoints are highlighted, feels very tacky and outdated, but can be useful in certain arenas where environmental objects can be used offensively.

Unsurprisingly, combat comprises mostly of button-mashing, but the ferocity of Wolverine's combinations and the decent number of enemies faced provides some genuine entertainment, and the fight sequences maintain a solid tempo. Fans of the character will feel right at home with the feral attack style, and gore-fiends will love the near constant dismemberments and bloodshed, far removed from the somewhat tame cinematic representation of the character. Heads roll, limbs fly, a claret wave accompanying each swipe. While excessive by more refined standards, it will give Wolverine fans reason to celebrate, as the unflinching violence goes hand-in-hand with the character.

The simplified combat, combined with a fairly limited repertoire of attacks means that interest can soon wear thin with prolonged play sessions. Enemies are unchanged throughout, mere palette swaps level to level, and boss encounters are painfully repetitive — a disappointing cat-and-mouse sequence of evasion, lunging onto the creature's back and hacking away ad nauseum. Experience points gained from defeating enemies can then be used to upgrade certain traits, and while the addition offers some sense of progression and growth after scything through the masses, it never really feels as though the stats offer any real benefit in battle, as the difficulty level remains rather tame even with the most nominal enhancements.

Switch the brain off
and let the sparks fly.Outside of the combat arenas, the level design is less than cohesive. Obtuse Tomb Raider style block puzzles lengthen the gameplay artificially, and the irritating platform segments rarely work well considering the limited range of control over the character. When slicing at enemies, it feels convincing, but when traversing a precarious set of beams Wolverine feels slow and clumsy. Environments are generally uninspiring, the ubiquitous jungle setting and high-tech facilities reminiscent of any number of modern games. The sweeping camera angles used in the game's many set pieces fail to add any spark to proceedings, with occasional exceptions — one such being an exciting chase through frozen lakeside as an attack chopper litters Wolverine's vicinity with mines and turret fire.

Taken in short bursts of activity, the game is an entertaining hack-and-slash distraction, a simple matter of switching the brain off and letting the sparks fly. While the character's origin story remains largely ignored despite the game's title, the role is fitting for the character and makes little attempt to sanitize Wolverine as other titles before it have. It may not carry the overall quality of God of War, or the obsessive combat depth of Devil May Cry 4, but while the fireworks last it's an enjoyably chaotic rampage. The game has an enjoyably frenzied approach when in its arena combat wheelhouse, and despite some pacing and repetition issues, provides fans with the Wolverine game they have been waiting for. X-Men Origins: Wolverine isn't the best at what it does, but what it does is good enough.