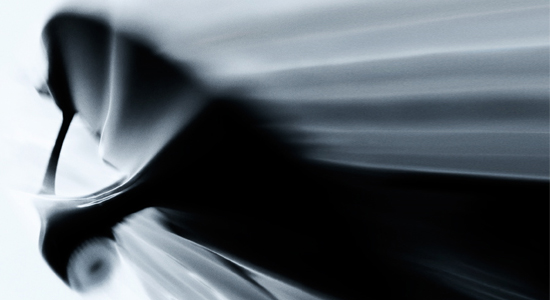 Doubly a matter of taste, it should please a select few.

n 1962, as if to assure everyone that in the nuclear age warmth had not gone out of the world, brilliant young men assembled in Room 20-E-214 of Building 20 at the Massachusetts Institute of Technology, and programmed a data processor to allow each of two operators control of one triangular shape for purposes of shooting the other shape. The friendly contest, heliocentric as per a large dot in the middle of the screen and set against a pinpoint starfield, was named Spacewar!

Twenty-five years later, at the reception for a neighbor's church rite, two older boys noticed my friend Mark and I playing Space War — a faithful reproduction of the original game — on the family's computer.

Athletic and smug, they challenged us to a match, which we won along with the next twenty-eight matches. My recollection is that we were interrupted, and Tony and Brandon would have kept trying, trying, trying.

Mating this archetypical shooter with a franchise bullion, Naked Sky Entertainment has developed Star Trek D-A-C, made available for download by the gaming wing of Paramount. Naked Sky's fidelity to concept preserves the most enjoyable mechanics, balancing gameplay flawlessly. But Spacewar! and its facsimiles rely on novelty and penchant. Two decades ago, four of us played over and over again; and D-A-C's oh-why-you competitive brevity tickled me. Whomever lighthearted, science-fiction seek-and-destroy does not animate will bore of D-A-C in a matter of minutes.

In his still-showing Star Trek, JJ Abrams drew the battlefront between the United Federation of Planets and the Romulan Empire — circumstantially, however, so the choice for players of three ships-of-the-line from each fleet wholly departs from the film property. No matter just yet — it's a sound trio. Massive flagships move slowly, absorbing terrific damage with thick shields and delivering the same with missiles targeted by a right-thumbstick reticle. Fighters resemble craft from top-down fare, flying swiftly and filling a wide arc with a high rate of fire. Bombers lay mines, an operation that justifies perpetual retreat through its highly destructive results. With skill, each is viable and fun.

Opponents won't know which
special ability you have
until it's too late.A ship's hull integrity and shields are restored over time, yet in simplified correspondence to Spacewar!, constant weapons fire depletes energy reserved for shields. Effective play, then, depends on a measure of both ferocity and restraint; or, in a pinch, evasion; or, failing that, the lucky arrival of an ally topped off at full power.

Presentation, for an arcade title, excels, inventive and canonical where it needs to be. Game elements fit well in the milieu; the death sequence entails a brief mini-game which, if successfully completed, allows a player to retain upgrades. Shields illuminate when distressed, while ships sustaining direct damage ignite and begin to list. And who knew that space junk was art? Even so, this is such uncomplicated stuff, even for an arcade title. Why D-A-C should bear the Star Trek brand is a question for the owners and their licensees — the likely answer being higher sales through equity. Insofar as JJ Abrams' work is itself impressionistic, this is an impression of an impression, and desultory brand extension. Doubly a matter of taste, Star Trek: D-A-C should please a select few.