Stalin vs. Martians on Game and Player 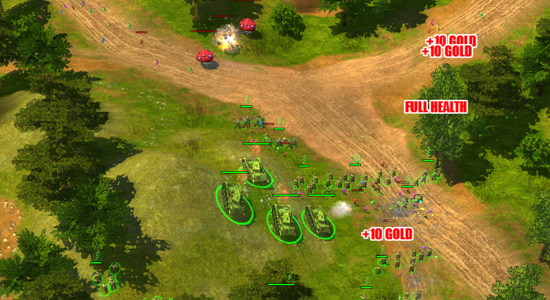 This is the worst game I've ever played.

n this world of ours, there are a number of things which we want to love, but simply cannot: beautiful women who laugh like harpies; poorly trained beagles; American cars. Add to this list Stalin vs. Martians, a real-time strategy game for the PC developed by Black Wing Foundation, Dreamlore and N-Game. Marketed as a fun and satirical strategy experience, Stalin vs. Martians' humor becomes grating far too quickly and seems to serve a single purpose: distracting you from game play that can only be described as an abomination.

Stalin vs. Martians' premise is simple enough — aliens are invading the motherland, and it's up to you to stop them. While classified as a real-time strategy game, there's very little strategy to be had. I never stumbled upon an encounter which couldn't be overcome by brute strength and numbers. From one level to the next, Stalin vs. Martians amounts to: assemble all units; wipe out enemy encampment; repeat. 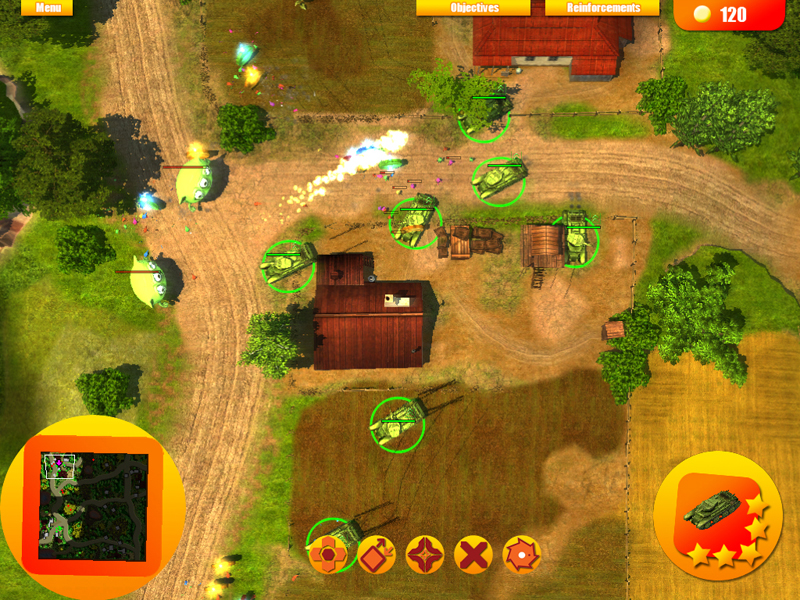 There! Behind the barn!

In each of the game's scenarios, pieces of terrain are of little or no strategic importance. Rivers and streams only exist to artificially expand Stalin vs. Martians tiny maps — far too often I'd find myself waiting ten minutes between encounters as I struggled to find the ford which would let me cross a miniscule body of water. Buildings like farmhouses and barns dot the countryside, but these are neither destructible or inhabitable. Once again, their only purpose seems to be slowing your progression across levels which are entirely too small. Of course, when enemies behave as they do in Stalin vs. Martians, levels don't need to be that expansive. Most of the time, the aliens will camp in a single location, waiting for your army to wipe them out. On the rare occasion your enemies do move, they either follow a preprogrammed (and haphazard) path or run blindly into your approaching army. In short: the artificial intelligence isn't too bright.

Further muddying the play experience: when the game's objectives aren't confusing, they're often busted. I had to play through the first level of Stalin vs. Martians three times before it actually recognized the fact that I'd completed my mission. Scripting errors like these are unacceptable under any circumstance, but to encounter them on the game's introductory level is damnable. The game was delayed a few days so that the developer could fix some "minor issues" — apparently, they needed a bit more time. At the very least, they should have hired some play-testers.

Stalin vs. Martians' only saving grace is its soundtrack. A handful of talented acts add a touch of polish to one of the worst looking games I've played in years. Otherwise, this product fails on every level imaginable. If this game was meant to be a farce of the RTS genre, I guess the joke's on me. I fully understand that independent developers don't have access to the same resources as large commercial studios, but you only have to look so far as thatgamecompany or Behemoth to realize that that argument doesn't hold any water. Long story short: steer clear of this one at all costs.