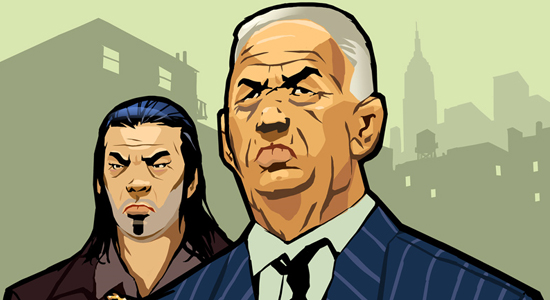 espite widespread early skepticism and unfortunate industry trends, this is not a quick and easy cash-in on a successful brand. It's a purposeful piece of design, using the unique opportunities and limitations of the Nintendo DS hardware to mirror the world presented in its console iterations, without feeling like a poor imitation. Surprising as it may be, GTA has rarely had a better home than the DS. 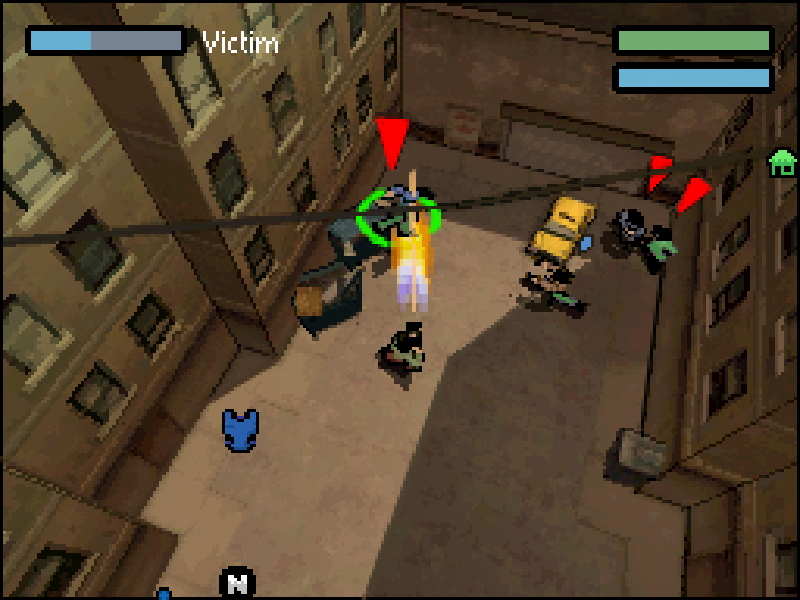 The top-down viewpoint is perfectly
suited to the small-screen.

Grand Theft Auto: Chinatown Wars relieves itself of the melodramatic trappings of its console predecessors, taking place in the midst of an old fashioned turf war. Your Triad family is losing influence, and as the untested rich-kid son of the deceased boss, you must help re-establish order at street level, slumming your way to honor through drug trading and low-rent muscle work. It's a perfunctory tale, wallpaper to the clearly defined, goal-based mission structure employed within. The deliberately low-key storytelling is indicative of the bare-bones design principles employed throughout the title, but what's left behind after the embellishments of its console counterparts have been stripped away suddenly feels a fresh concept.

With unnecessary graphical detail eschewed in favor of clean lines, the cel-shaded comic book style represents Liberty City emphatically, neighborhoods recognizable from Grand Theft Auto IV's locale recreated with surprising accuracy. While the use of a top-down viewpoint could be considered a throwback to a bygone era, its straightforward nature is perfectly suited to the small-screen, working within the limitations of the DS hardware to deliver consistent performance.

The iconic radio stations of the series are an unfortunate casualty in the transition to handheld, with Chinatown Wars presenting a limited and somewhat characterless offering by comparison. The few choices available have no real identity, and fail to feel authentic to the series' reasonably astute attacks against broadcast media. In a title suited for intermittent play, rather than prolonged exposure, Chinatown Wars' audible weaknesses are passable, and never maintain enough significance to sully the experience.

Chinatown Wars' main mission path involves the running of a narcotics distribution enterprise. Represented in typically Rockstar fashion, the decidedly questionable theme inspires more laughter than disdain, and offers a tangible goal to a series that relies on vague meandering and experimentation for much of its entertainment value. Getting to know local suppliers and varying lowlife allows players to barter and trade each vendor's specialty produce against the other, all in the name of profit. Traditional storyline missions — where the family and your increasing network will need a driver, or a heavy to handle some troublemakers — are dispersed throughout providing milestones that break up the daily toil of street commerce, and help progress the gameplay rather than hinge its entire motivation on completion of a plotline.

The trade system holds some interesting nuances, and a seemingly routine transaction can fall victim to naturalistic variables; local beat cops will spook a potential client, or if you are generating too much police attention in the wider world, dealers will shy away from your less-than-discreet reputation. The system is as comedic as it is bad-taste, with profit and loss sheets callously delivered via PDA for the true entrepreneur in a ludicrous world bereft of law, a reflexive nod to the incorrectness of the player's actions that remains entirely functional as a gameplay mechanic. Some frustrating missions will occur, an irksome tradition of Grand Theft Auto, and on occasions storyline progression can be slowed by insufficient cash flow, but in general the concise play and focused mission style will suit wrong-doers on the move. 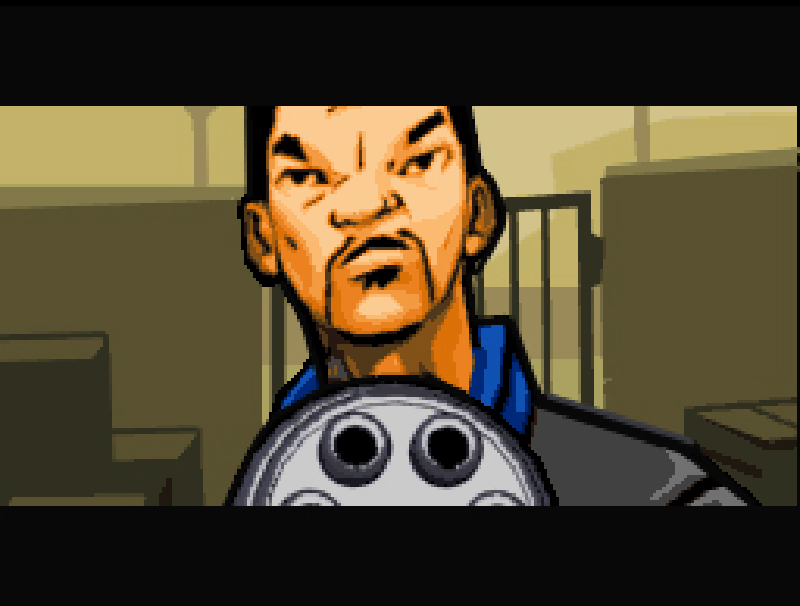 In-game actions aren't
justified by a script.Stripping away the heavy-handed storylines and cinematic pretense, Chinatown Wars takes the established themes of Grand Theft Auto and distills the experience into an action-centric package with a clear focal point for players who don't require their in-game actions to be justified by a script. Sometimes, playing the bad guy can be a good thing, and being allowed to do so without the forced morality that characterization and narrative incorporates, is liberating for the series.

Freed from its own conventions, the game gives a fast-paced, small-scale highlight reel of the more favorable elements of the franchise. It may not be the Grand Theft Auto modern players are accustomed to, but its classically fun gameplay and back-to-basics attitude makes Chinatown Wars an excellent handheld excursion back to Liberty City, and offers DS owners able to see through the mists of newsroom controversy one of the system's best offerings to date.