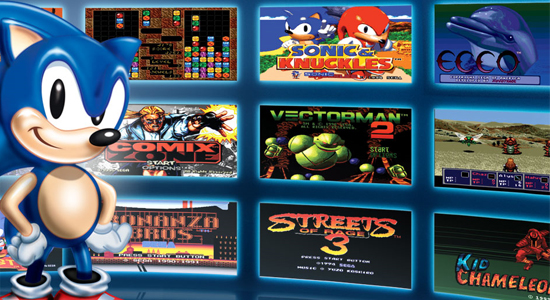 iding a resurgent wave of retro gaming enthusiasm, Sonic's Ultimate Genesis Collection arrives to alleviate Sega fans of their cash in timely fashion. Representing value for money due to the sheer weight of titles on the disc alone, the collection is a fine purchase for those looking to reminisce the glory days of Sega.

Encompassing just under 50 titles, the collection spans a wide range of genre, and includes some interesting niche titles that players will most likely have overlooked at the time. Naturally, Sonic's numerous appearances are well-accounted for, but those looking to broaden their gaming horizons will be well served by inclusions such as Fatal Labyrinth, a fascinating rogue-like dungeon crawl, and a good selection of Sega arcade releases as extra unlockables. 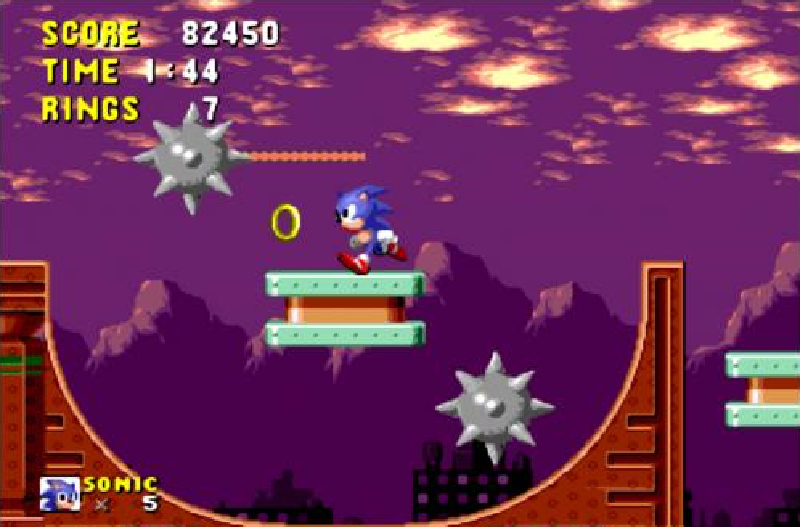 Sonic's appearances are
well-accounted for.

Other highlights include the entire Phantasy Star series, the simplistic but timelessly cool futurism of ESWAT, and all three of the fantastic Streets of Rage titles.

Many of the games available here have been covered in previous Sega collections, the ubiquitous console pack-ins Altered Beast and Columns making a return. While the inclusions are necessary for completions sake, one wonders just how many people who owned a Genesis would genuinely be excited about playing the likes of Golden Axe one more time. If you still can't get enough of the loin-clothed side-scroller, celebrate, as Golden Axe II, Golden Axe III, plus the excellent Legend of Zelda clone, Golden Axe Warrior also feature.

A compilation of this size (and price) will be easily justified by many moderate gamers looking for some cost-effective nostalgia. After all, many of these releases appear on Virtual Console and Xbox Live Arcade at a far higher price per game, and while the emulation still isn't perfect, it exceeds Backbone's previous downloadable efforts, and some trust should be restored with the solid representations of many of the games on this collection. Without taking the pedantic steps of a side-by-side comparison, for the vast majority of adopters, Sonic's Ultimate Genesis Collection looks and sounds how you remember the original cartridge releases.

Graphically, the Megadrive was never a powerhouse, but Sega games always carried a distinctive look, and are faithfully reproduced here. Backbone has used a simple scaling technique, multiplying the pixel count to bring the games to high resolution televisions, and occasional glitches aside, are clean and accurate. Players who wisely avoid the 16:9 options and play the games in the original screen format will have some annoying border art to contend with, but after some exposure, these become less of a distraction. Backbone persists with its ever-present pixel-blurring, but thankfully the filter can be disabled. Audio issues also occur, with soundtracks dropping out occasionally, and effects carrying some strange artifacts, but in general the uniquely machine-like, and joyfully inorganic audio of the console survive the emulation process. Most importantly, the Genesis controller has been translated effectively, and play like the originals, Xbox 360 d-pad issues notwithstanding.

As is to be expected on a value based compilation such as this, it's not all good news. Certain games on Sonic's Ultimate Genesis Collection are simply poor, spaces that surely would be better filled with the genuine classics of the platform such as the much loved Gunstar Heroes,

Nostalgia demands authenticity:
thankfully, pixel-blurring
can be disabled.first in a long list of puzzling omissions. In terms of presentation the compilation is very lazy. Menus are unimaginative, and museum content consists of a marketing blurb, inane trivia and North American boxart.

There are a small number of video interviews with Sega producers, most notably Reiko Kodama, but regrettably, this falls far behind the standards set by the Japanese SEGA AGES collections. Considering the overall depth (and value) of this compilation, its no-frills execution can be forgiven. The most important element, the games themselves, look, sound, and play like Genesis games should.

Ignoring the lower quality titles, this is still a very good compilation, and Sega fans without the means or will to play on original hardware should grab this without hesitation. It lacks polish, and is hardly a treasure trove of bonus content and features, but this is a well-emulated collection of some of the platforms best titles at a lower price point than Virtual Console or Live Arcade. Turn off that awful blurring effect (honestly, Sega, we love pixel art) and you have a surprisingly accurate, nostalgic gaming experience that simultaneously demonstrates both the lows and highs of Sega's most successful hardware platform.