Silpheed on Game and Player 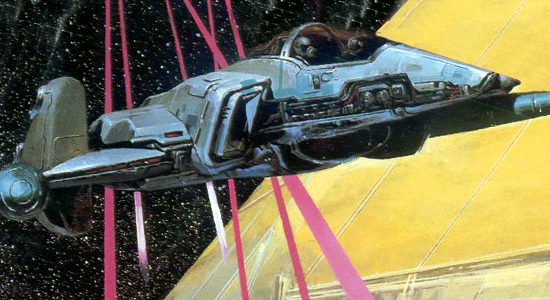 he second-last thing a designer wants to hear (after forbiddance to build and improve) is that the first model, and only it, succeeded. In 1988, Tokyo developer Game Arts licensed Silpheed, released in Japan one year earlier, to Sierra On-Line for American retail on MS-DOS. In 1993, Game Arts released an eponymous port to Sega CD; then a re-release of the re-release, Silpheed: Lost Planet, seven years after that. By 2006 the series had traded letters (i for y) and core mechanics (spaceflight shooter for spaceflight HUD-and-waypoint puzzler), Project Sylpheed featured on Xbox Live Marketplace — sampled by a few of us, who agreed that Game Arts wandered. 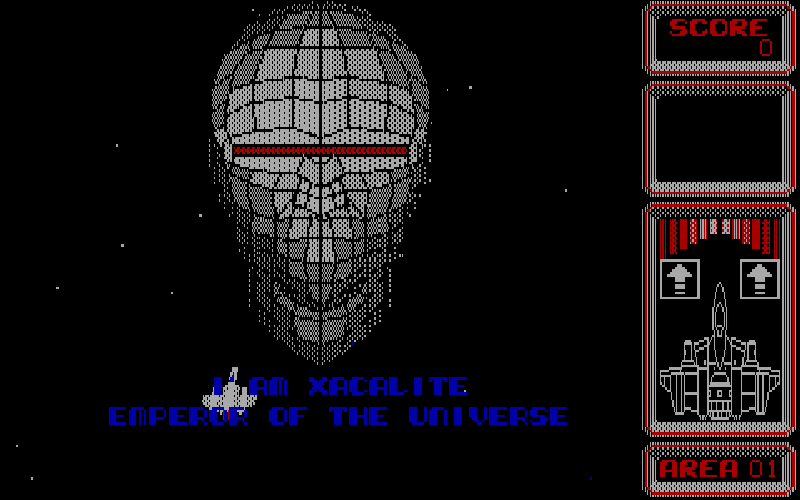 Silpheed followed closely behind Sierra's distribution of Thexder, Game Arts' opening éclat and the introduction for many Westerners to epic robo-battles and inscrutable codenames. Silpheed is a "super-dogfighter," a prototype scrambled when rebel leader Xacalite seizes the battleship Gloire and coronates himself emperor of the universe. Silpheed's pilot must pierce through twenty fleets of vessels and fighters commandeered and re-branded as imperial before engaging Xacalite and his flagship.

Gameplay consists of a 45-degree forward-scrolling shooter, in which a player maneuvers the fighter across an area within its speeding vector. A layered, whizzing starfield and two-point perspective grant a single plane the illusion of depth. Graphics are rudimentary, merely suggestive of the battlespace Game Arts essayed to build. But for Silpheed, ships are geometric, and the limitations of four-color CGA aren't stretched far with halftone dots and hatches.

Waves of over twenty different enemy ships attack Silpheed, each according to a unique design — swooping in and out of view, hurtling to collide, matching course and speed to harry, sweeping athwart with the aim of heavy weapons. Ever so much like imaginative Japanese, the men behind Game Arts embellished each opponent with a function and role ("Missile-attacker. Known for accuracy." "Fighter. Crew of one. Outdated.") They persist in open space, above planets, and in asteroid fields; and defend the spaceborne fortresses that Silpheed's pilot nimbly infiltrates. Swirling formations and ensuing maneuvers — set to up-tempo anthems — are plainly the source of the game's fun and captivation. 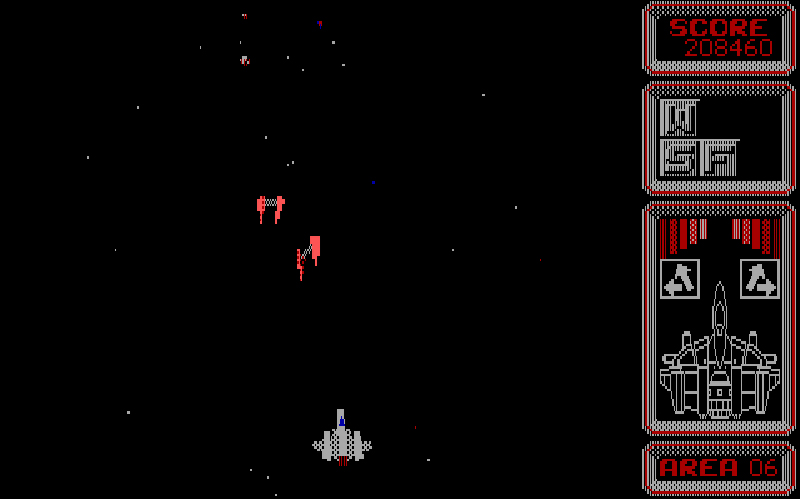 Face twenty waves
of twenty different enemies.Loyalist outposts, waiting at the end of each level, retrofit Silpheed: phalanx beams, v-spread beams, auto-aim cannons and massive laser guns. Power-ups, desiderata of shooters, emerge from shattered, red-blue xenoliths and lazily swing across the screen for the player to snatch. They increase speed, hasten firing rate, add defensive satellites or grant temporary invulnerability. One in particular only appears in the first, and perhaps tenth and fifteenth levels: it increases weapon power, and if the player misses it, he plays on, condemned.

In that, a reflection of Silpheed's uncompromising difficulty, tempered only by a button-push allowing players to return to the highest level reached. I have beaten the game just once — absentmindedly, as that achievement usually is — and could not after many repeat attempts. But the operative word is "many." This shooter distills its genre's elements: straightforward, variegated, blinding; as surely as there are twelve bars to blues. No fusion, just fundamentals.