Luigi's Mansion on Game and Player 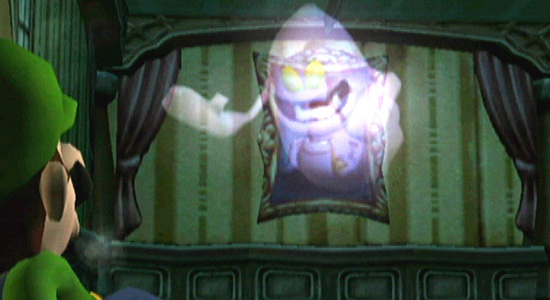 It shaped both a character and a platform.

oes anyone else feel that the GameCube's library gets too hard a rap? Sure, that whole GBA connectivity nonsense was a bit over the top, but that shouldn't stop you from recognizing the greatness of games like Pikmin or Eternal Darkness. Oddly enough, the Nintendo fanboys who should have been busily spreading the word about titles like these were often the first to complain. After all — the GameCube was the first Nintendo console to truly be part of the modern era. Long play lengths were being usurped by polish and sparkle, and the hardcore were having a hard time accepting games that clocked in at ten hours rather than fifty. This was the biggest complaint leveled at Luigi's Mansion, a title I regard as one of the most charming and fully realized games ever made. 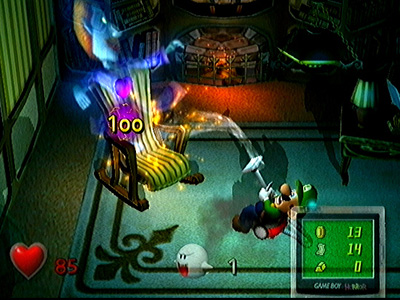 Before Luigi's Mansion, Luigi didn't have much of a personality to call his own — all we really knew about him was that he was Mario's slightly taller, slightly skinnier green-clad brother. In Mansion, we were finally introduced to this lovable character in all his glory. Clumsy yet lovable, Luigi proved that he could carry a game on his own just fine. Sure, this adventure title was a far cry from the platforming found in more traditional Mario games, but who cares? As the Mario series transitioned from two dimensions to three, experimentation was just as important as refinement.

From the outset, Luigi's Mansion presents itself as something special.From the outset, Luigi's Mansion presents itself as something special. Luigi receives a letter in the mail telling him that he's won a contest he has no recollection of entering. His prize? A ridiculously spooky looking mansion, of course. Things only get better from here: cue Professor E. Gadd and his helpful inventions, the most important being a ghost sucking vacuum cleaner. The gameplay which this device enables is one part Ghostbusters, one part fishing simulation and an absolute blast from start to finish.

Light plays a critical role in Luigi's Mansion. Most ghosts prefer the shadows and will tend to cower when presented with the beam of your flashlight. The game's lighting effects couldn't hold a candle to the dynamic sources in a title like Splinter Cell, but they're more than adequate considering Mansion's art style.

While it may only be six hours in length, every second of Luigi's Mansion is a feast for both the eyes and ears. For a game that released pretty much alongside the GameCube, it made excellent use of the system's graphical chops. The soundtrack, much of which is whistled by Luigi as he cautiously explores his new home, remains charming throughout. And like practically all GameCube titles, it offers up progressive scan support and matrix surround sound — it would take nearly five more years for Sony to match these features on the PlayStation 2.

Luigi's Mansion may not hold the same importance as a game like Super Mario Bros. 3, but it stands as a great example of the artistry made possible by Nintendo's GameCube. Hideki Konno, the game's designer, succeeded in giving one of Miyamoto's characters a personality that would be carried into countless other games and properties. It remains charming to this day, and is a classic that shaped a platform, a series and an icon.