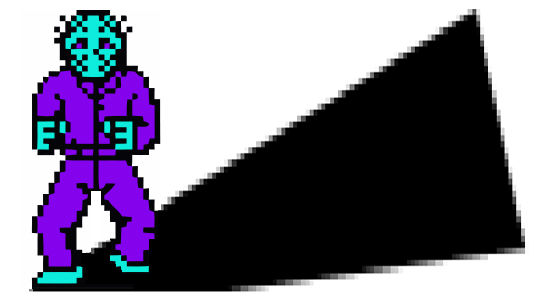 Enjoy sleeping with the lights on? Keep reading.

ust in time for Friday the 13th, here is a list of things that will forever haunt my gaming (and actual) life. I'll count down in reverse chronological order to get everyone's brain working towards flashback mode. 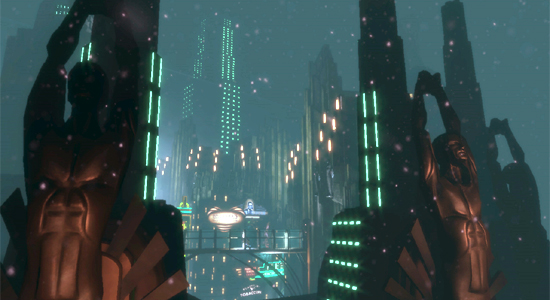 (Bioshock // Xbox 360) I may be the only one, but something about being alone in the ocean doesn't sit right with me. Just floating along in what basically amounts to Earth's version of infinity is a terrorizing prospect to this gamer. Bioshock instantly chucks the gamer into the neverending darkness, but with giant portions of sinking wreckage trying to pull you down to its watery grave. Luckily, the game doesn't present realistic physics during this dilemma, and you're able to crawl away from it all, only to be locked in a small submarine, and chucked right back down into the abyss, moments later. A hell of a way to begin a journey, if you ask me.

5. My love for you is like a truck (Berserker) 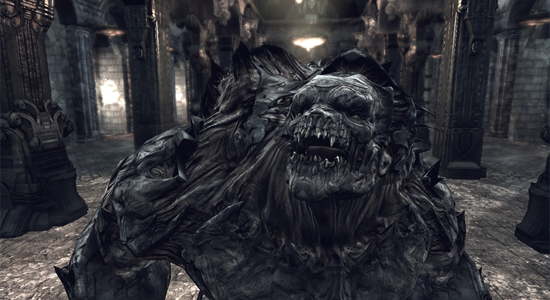 (Gears of War // Xbox 360): Playing chicken with an unstoppable freight train, whose only weakness is blindness, in a cramped tomb like setting, is just what it took to create the most memorable, and horrific experience in the original Gears of War. There wasn't a lot to battling the Berserker, but there was an intense experience, and well worth the time invested in the Gears' campaign. What seems like a simple game of bait and switch becomes something entirely different when you're being destroyed by fists the size of wrecking balls. 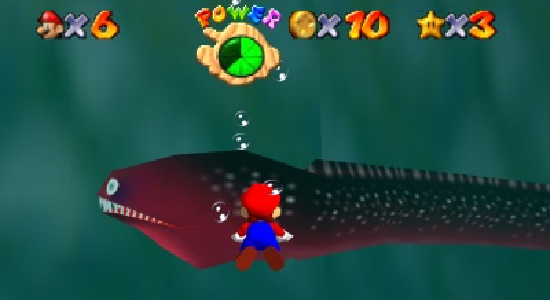 (Super Mario 64 // Nintendo 64) This may seem like a shocking pick on such a list, but believe me, the Jolly Roger Bay portion of Super Mario 64 takes the first two items on this list and puts them together. First you take a giant body of water, then you mix it with a giant monster that you have to play chicken with — only underwater — while your character is mid-suffocation. Grabbing the star off this giant eel's tail is the nightmare of every aquaphobic, or whatever it is I am, anyway. Mario 64 may be tame overall, but for a moment there, you have to question Mario's existence when you're staring that eel in one of its big eyes. 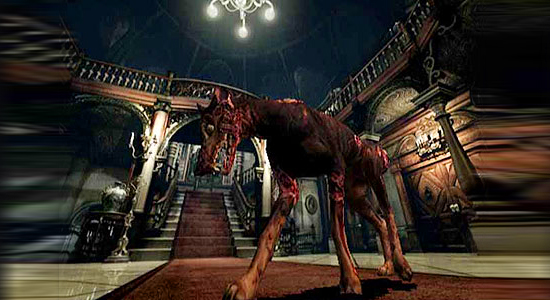 (Resident Evil // Playstation) No moment in the first Resident Evil game stands out as more overtly terrifying than the scene where you have to walk down an L-shaped hallway. A seemingly menial task in the wild world of gaming, but when that L-shaped hallway comes complete with zombie dogs flying through windows, trying to eat your face off, it becomes its own little mini-(horror)-game. The camera work in the original Resident Evil may have had its faults, but in this scene, the camera placement set the atmosphere perfectly. Many moments in the Resident Evil series have tried to get me to jump, but this one actually got my heart pumping. It also connects to my favorite all time line in video game history: "Don't open . . .that door." — Albert Wesker. 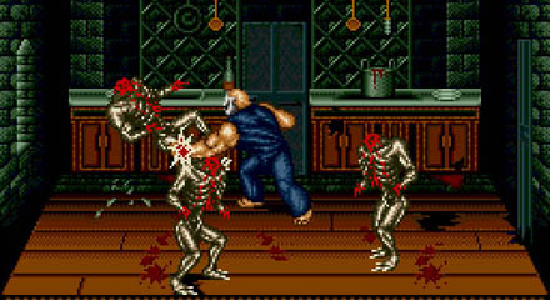 (Splatterhouse III // Genesis) This game freaks me out to no end. I think the first time I came across it was on the "Sega Channel" back in the days of that wacky service. Walking through a blood stained mansion at the ripe old age of 10, fighting through hordes of headless monsters, trying to save my fake family from their inevitable demises at the hands of evil. The hockey mask paid homage to everyone's favorite lake-dwelling maniac, but there were levels of horror in this game that Jason Voorhees has never reached. Don't play this game, alone in the dark, before the age of twelve, or ever, if you know what's good for you (and your sleeping habits).

1. Fighting the Masked Man Himself

(Friday the 13th // NES) You can't do this list and leave out the masterpiece. Of all the horror film licensed games released on the NES, Friday the 13th has always stood out to me as the most menacing/least boring. Jaws and A Nightmare on Elm Street had nothing on the atmosphere that Camp Crystal Lake provided. Seeing that you could lose characters was a little mind-blowing for the time. The ESRB wasn't around then, but I imagine this was as close to M-rated as Nintendo games got at the time. The cryptic ending, and overall tone, make this one of the few movie games I've ever been able to stomach.