Persona 4 on Game and Player 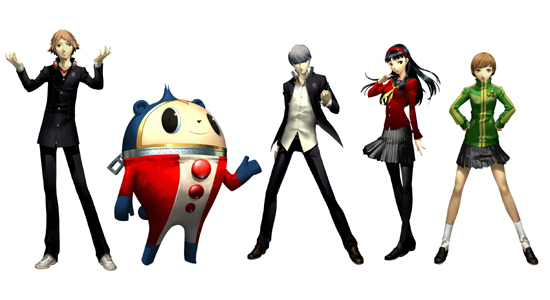 A character-driven tale with a refreshing aesthetic.

tlus' Persona series, an offshoot from the long running Shin Megami Tensei franchise, has long been the doyenne of the JRPG fan. Offering an experience removed from more famous Japanese RPG's such as Final Fantasy and Dragon Quest, Persona 4 is a fast-paced and rewarding character driven tale with a refreshing aesthetic.

Unlike Persona 3's nihilistic vision of future Tokyo teens blowing themselves away, Persona 4 takes your ever silent protagonist for a one year stay in the sleepy (and fictional) town of Inaba. As a city kid landed in a small town, you may expect your stay to be perilously boring, but as luck would have it, small town life turns out to be far from uneventful. 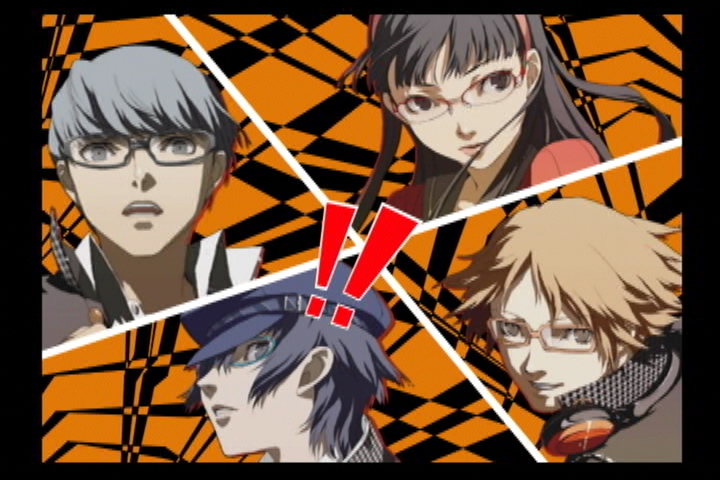 Your task: solve a murder
within one year.

While shrouded in a strange fog, a series of murders shatters the rural peace, and rumors of a mysterious TV show known as the Midnight Channel permeate the area. Could the whispers about Midnight Channel showing future victims be more than just an urban myth? Your task, as a master of the enigmatic Persona, is to solve the murder within one year, surrounding yourself in a mysterious supernatural world while maintaining a regular school life as the new kid in class. During your adventure, you will create irrevocable bonds of friendship, helping others to face their true selves (the core theme of the narrative) and become stronger. The people you encounter will make an immutable impact on both your destiny, and your ability to solve the case.

Using the Persona 3 engine, the game remains almost unchanged in terms of visual fidelity. Atlus make very astute choices stylistically to make Persona 4 stand out from its predecessor. Straying from the goth (Japan doesn't really do "emo") aesthetic of Persona 3, the game is presented as a much brighter experience, featuring some mildly 60s influenced visuals. The cast of characters still wouldn't look out of place hanging out with the cool kids at Hachiko Square, but it's a little less Death Note, more Scooby Doo in presentation. Cutscenes are few in number with most of the plot unfolding during in-engine dialog scenes, but are animated cleanly (no CG here, traditional style anime, naturally). It's a colorful and vibrant experience, steeped in Japanese pop-culture cool.

Audio is an area of huge improvement over Persona 3. To say the game features double the song list of the previous game may not sound earth-shattering to those familiar with Persona 3's painfully repetitive score, but it makes a big difference. As strange as the idea of bouncy J-Pop or thumping techno accompanying a dungeon crawl may appear, it fits the youthful, fresh and idealistic experience that Persona 4 presents. The songs can eventually grind on the nerves after one hundred hours of play, but it will take you longer to reach for the stereo and provide your own soundtrack this time around.

One of Persona 4's greatest strengths is its supporting cast. From perverted schoolteachers to the shy girl at the end of the hall, to the members of the investigation team, each character encounter plays a part in the overall experience. Every character has a relevancy within the world, and feels like a natural entity. Major characters story arcs are deep, and I couldn't wait to find out more about each individual. A sexually conflicted yet socially respectful girl, a father who can't connect to his motherless daughter, and a pop idol who wants to escape the bright lights of fame, provide just a small sample.

The sheer depth of the Social Link system is breathtaking, though the individual stories feel disappointingly detached from the main plot. Increasing your Social Link ranks through various activities such as attending after school clubs, helping someone to study, or simply saying the right words to a friend in need, has a direct effect on your ability to create and fuse Persona, and also leads to the core group of characters learning new abilities and becoming increasingly useful in battle. The value found in keeping up your social network and learning more about your friends is immense, and is presented in a system that is simple, yet captivating.

The battle system takes the much-maligned Japanese staple of turn-based, menu-driven combat to new, and most importantly, enjoyable places. Its fast paced, yet brainy, showing that the dusty old turn based battle system has plenty of life when implemented with care. 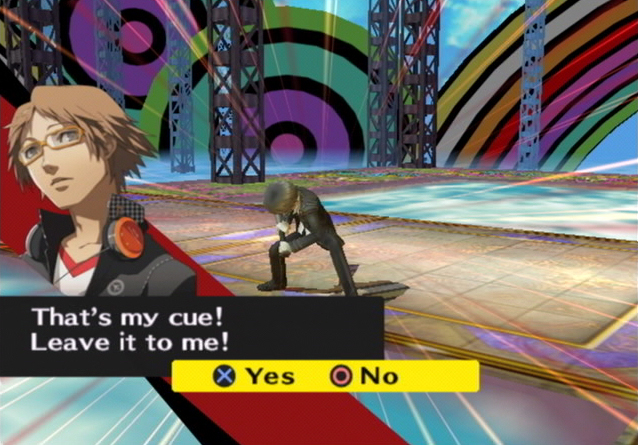 The sheer depth of the
Social Link system is breathtaking.Atlus exceeds expectations with a localization that fits the narrative and world of Persona 4 perfectly. Few concessions are made to tailor the game to western audiences, and very little is lost in translation. Due to the realistic nature of the characters every day lives, this was a critical element to Persona 4 meeting approval, and it makes the grade by successfully preserving the intentions of the original script.

For the uninitiated, a glossary of Japanese terms used in the game (honorifics, historical and mythical references for example), is included to keep you up to pace. Perhaps the most celebratory aspect of Persona 4, should be the fact that Atlus has captured what can be considered the quintessence of Japanese culture within a video game. From daily minutiae to important reference points, Persona 4 is a fantastic cultural primer for anyone who has ever been interested in Japan, without subjecting the player to long-winded lectures.

As current-gen systems fail to provide a definitive JRPG experience, Persona 4 gives gamers who are willing to overlook the standard definition visuals a fantastic example of what the genre can, and should involve. Wrapping the expansive storyline, memorable characters and varied gameplay elements together in a highly stylized package, Atlus gives the Playstation 2 one of its greatest games despite its advancing years.