You Don't Know Jack on Game and Player 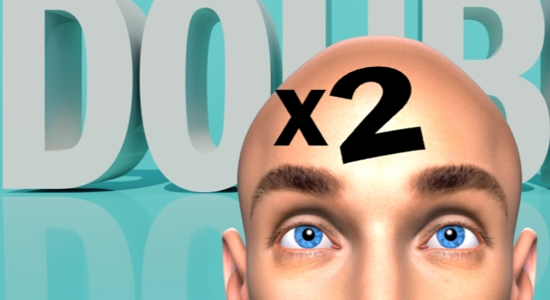 Same fun, but there's nothing new.

t's been years since I've played the most irreverent trivia party game, You Don't Know Jack, for the PC. The last version I played was Volume 3, so I was pretty excited when I heard a new version was finally coming out (although many other versions have come out on PC, as I've learned).

This latest entry to the canon does barely anything to improve upon previous versions of the game. The only new feature is the option to have up to four players instead of three. Everything else about the game is pretty much exactly the same as older versions, which is slightly disappointing. The design of the game is fairly minimal by today's standards. I can't help but think it would have been better as a download title with DLC expansions rather than full retail.

That's not to say the formula doesn't work. It's definitely tried and true. The trivia is all has a fresh new scent, the host is just as quick-witted as ever, and it's still just as fun to screw. The writing is great, as usual. The sarcastic wit and satire is incredibly funny.

The game is split up into TV-esque "episodes" hosted by Cookie Masterson, who has been featured in previous titles. Each episode has two five-question rounds and a final "Jack Attack" round. At the beginning of an episode there is a sponsor for the "wrong answer of the day." If you find the hidden answer, you win a large cash prize. There are 73 episodes in total, some of which need to be unlocked before accessed. The episodes always have the same exact questions no matter what, which lowers replay value greatly, especially for those of us with exceptional memories for trivial knowledge. The low replay value is remedied a little for the Xbox 360 and PlayStation 3 versions of the game since they have downloadable content.