Gran Turismo 5 on Game and Player 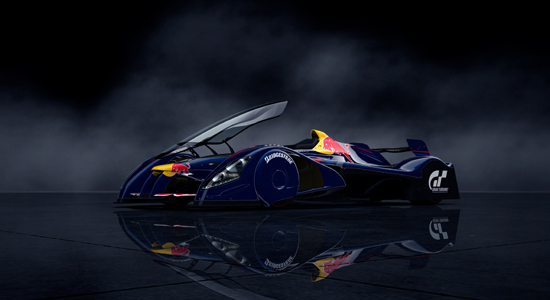 Not much has changed. And that isn't a bad thing.

ran Turismo 5 was one of the main reasons for my decision to buy a PlayStation 3. I had no idea when it would come out when I purchased the system, but I knew it was coming and that it would be sweet. Over five years after the game was first announced, and after multiple production delays, it has finally been released.

GT5 features many improvements and additions over the previous installment. There are over a thousand drivable cars, 71 tracks in 26 locations, a new online mode where up to 16 racers can compete, and many other things.

The most immediately noticeable updates is, of course, to graphics. Being the first full game in the series for the PlayStation 3, which was preceded by the Prologue version that wasn't much more than the arcade mode in the full game, the graphical enhancement is absolutely gorgeous. The visuals are rendered in full 1080p resolution at 60 frames per second. Multiple camera modes let you enjoy the silky-smooth graphics including a new racer camera that puts you right behind the wheel for a more realistic driving experience.

Just gorgeous: visuals are rendered in full 1080p resolution at 60 frames per second.

The music is the standard fare come to be expected from the series, including an array of licensed tracks and in-house tracks covering multiple genres. If you don't care for the music stocked with the game, there is an option to set up a custom track to play during races. Unfortunately, it is limited to a single track at a time and it's tedious to go through the menu to change it every time you want a new song.

Much like its predecessor on the PlayStation 2, GT5 has a career mode with both A-Spec and B-Spec modes and arcade mode. It also features kart racing, World Rally Championship, NASCAR, and Super GT special events. One special event series that got me particularly excited was the TopGear test track. Since the first time I watched the show, I've always wanted to race on it, and now I've had the chance, albeit virtually.

Starting out in GT5 can be a tricky process. You get 20,000 credits at the start; enough to buy at least one vehicle and possibly a few upgrades. There is no option to start over once you've begun your career short of completely deleting the game data off the system, so a bad decision in the beginning could mean a grueling start. You can start out by going for a license or jumping straight into some of the amateur-rank races.

Leap right into things: you can start out by going for a license or jumping straight into some of the amateur-rank races.Through racing and acquiring licenses you'll start gaining levels. The higher level you are, the more races and events you can access. A-Spec and B-Spec have different experience levels. In A-Spec mode, you do all the racing yourself. In B-Spec mode, you play the role of the director or crew chief, giving general orders to the driver to follow. I wish it was more in-depth than just saying "speed up," "slow down," or "pass that guy." You create a driver for B-Spec mode who will also gain experience and become more skilled.

Of course, one car won't be enough to get you through the entire game. Winning races (or even coming in as low as eighth) will net you some credits. Of the cars available, not all are there immediately. Hundreds of new cars can be bought from the individual manufacturers and there are also many used cars that can be purchased. In addition, the cars you purchase can of course be upgraded and modified. Those familiar with the series will be plenty familiar with the tuning shop. You can also buy racing modification if you want to make your car look like something out of The Fast & The Furious.

Although a lot of the feel of the game hasn't changed much from past installments, it's definitely not a bad thing. The physics have been tightened up, damage has been added (only to certain races), and the amount of new content is enough to get any racing fan or car enthusiast hooked. I'm definitely looking forward to what Polyphony Digital has in store for the future and until then I will be thoroughly enjoying this title.

I remember playing the original GT on the PS1, and being abominable at the simulation mode. We always joked that if my performance in GT road tests was any indication of reality, I would never be licensed to drive a motor vehicle.

I'm now a licensed driver, but i'm still dreadful at Gran Turismo. Happily, i have the far less realistic NFSHP to entertain myself. But I'm sure my father will be interested in GT5, seeing as he already has Prologue and enjoyed it.

I'll be honest. While I was a big fan of Gran Turismo 3 and to a lesser extent GT4, I find my attentions have been pulled more towards Forza since then. While Forza 2 could be rather bland in points, the series as a whole is excellent, especially Forza 3.

I absolutely plan on giving GT5 a try, but from what I've read so far, I think I'll end up going back to Forza.

And there's always the new Hot Pursuit. Criterion did a great job recreating that barely in control feeling from the past Burnout games.