For Old Time's Sake on Game and Player 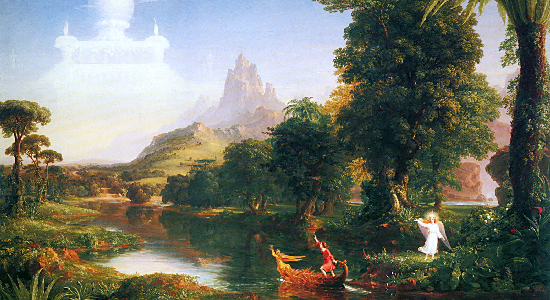 Is nostalgia our link to the past or a chain around our ankle?

It becomes increasingly easy," said Ted Koppel, "as you get older, to drown in nostalgia," and no one loves nostalgia more than the gamer. It's a guilty pleasure of all to bask in the warm light of those good old days. Recent exploits like Microsoft's Game Room can attest to this. However, could nostalgia be a bane to the industry? Is old-school gaming our link to the past, or an annoying chain around our ankle?

It may come as a surprise to you, but many of those games you loved and have raised so high on that pedestal are on the worse side of average. Yet, you'll tell yourself this isn't true. You'll convince yourself Space Invaders is the epitome of great gaming, and that The Legend of Zelda is the greatest story ever told. As much as I hate to burst that bubble of retro bliss you're in, this simply isn't true. I guarantee if you were to resurrect those ancient consoles and play those beloved games, it will become painfully apparent within minutes.

You may say, "So what if I miss those glory days, so what?" Well, it affects gaming more than you could ever think.

Many of those games you loved and have raised so high on that pedestal are on the worse side of average.For whatever reason your sense of nostalgia always lingers. It's an unshakable foundation that you build all your ideas on. As you play a new game, you shape any opinion you form on it via the games you used to play and love.

Grand Theft Auto 4 was a beautiful game — an intricate tale of sworn vengeance and mortal passion set against a genuinely believable city. Yet it was maligned by critics for lacking aspects of its predecessors; aspects those critics couldn't let go for nostalgia's sake. It wasn't because they believe the game lacked these features, or because they for one second thought it was bad, it's because they missed those features. A misremembered legacy affected their judgment. GTA 4 is patently a massive improvement over its predecessors; of course the later version is better. Years of experience mean that it is, in fact, a harder task to produce a lesser game.

Still, that bittersweet twinge of nostalgia hits you and you realize nothing will ever beat that. Nothing. It's a shame that it affects our opinion so much. The media of games improves day by day, however these deep roots of the past prevent us from going forward. People refuse to admit this soul-crushing truth.

It's important to retain some aspects from retro titles, after all; they did it first, better and with only basic technology.It has been said that nostalgia isn't a trait unique to us lowly mortals. Developers, too, find it hard to get over the past. Their fascination with memes within games is unyielding; stoic and stereotypical characters and locations are staples within games. Be it the end-of-level boss or masses of unlockables, the implementation of these aspects is due to nostalgia's sake. There's a lot to be said for forgetting the olden ways and embracing ingenuity. It would seem developers are slowly taking the jumps required to shake off the shackle that is nostalgia, taking risks that would split them from the herd and ultimately save us from our less than impressive roots.

It should never be said, however, that we should forget these legacies. Mario, Link and all those other heroes are effectively forefathers.The passion seen in the creation of these games should always be remembered as a way forward. It's important to retain some aspects from retro titles, after all; they did it first, better and with only basic technology. That's where all that we owe them ends.

The next time you reminisce about those idealized days of perfect gaming, it's important to remember that gaming is also perfect in its present form. There is no need to be bitter at what has been lost, because frankly, as gamers we have everything to look forward to.

You make a good point. Many retro games don't hold up when gone back to, more so if you didn't play them back in the day.

I began my own Retrospective Review series in part to address what games still stand the test of time today.

Subtle but strong, Ed. Like you, I can't play first-generation FPS titles, from DOOM to Durandal. Once pioneers, now relics.

The Ebb and Flow