Alpha Protocol on Game and Player 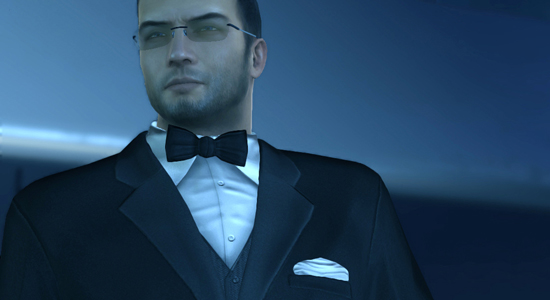 Despite many shortcomings, pretty enjoyable.

ake one part Mass Effect and one part James Bond, mix thoroughly and bake at 425° F. This will make Alpha Protocol. Too bad the final product we got was undercooked.

Alpha Protocol puts you in the shoes of Mike Thornton, a secret agent working for a top secret government program to stop terrorism. After a mission in Saudi Arabia goes a little awry, truths start to uncover and your status is changed to rogue. Next, you take on missions in three different locations throughout the world, discovering more facts about what's happening and who is truly the cause of the terrorist attacks.

Despite many delays, Alpha Protocol still suffers from being an incomplete game at the time of its release. It's buggy. There are more graphical glitches in this game than I've seen since PS1 days. The graphics also look a bit dated, feeling more like a game from 2006 than 2010.

Choice definitely plays one of the strongest roles in the storytelling.

That said, the rest of the game is actually pretty enjoyable. The tagline from the game is "Your weapon is choice," and choice definitely plays one of the strongest roles in the storytelling. Depending on the choices you make, you can form alliances, make enemies, earn lots of money and perks, gain extra intelligence on people and places, romance women, and many other things. Unlike many games with such choices, each choice you make in this game affects the overall outcome of the entire game. If you choose to assassinate certain people, you will have others hate you for the remainder of the story. If you take certain paths, it's possible to not even meet certain NPCs who otherwise play major roles in the game. There is no clear-cut way of telling what's right or wrong, who is lying or being truthful, or who your true enemy is so your choices ultimately decides the fate of the world and yourself.

Of course, with any action-oriented RPG, combat plays a vital role in gameplay. This isn't a traditional RPG where you get stronger with each level. You have a list of skills that you buy ranks in, like Mass Effect, which help hone your skills with certain weapons, learn abilities that make you more stealthy or harder to kill, among many other things. The enemies have a consistent difficulty throughout the game, too. Sometimes you're able to sneak around to take out a group of enemies stealthily but other times you have no choice but to mow them all down with an assault rifle. The shooting mechanics aren't the greatest, but they work. Because it's an RPG, there is a chance that you'll miss, so don't expect to get a head-shot every time just because your crosshair is pointed directly at an enemy's head.

Can't charm everybody: of course, with any action-oriented RPG, combat plays a vital role in the gameplay.Other key parts of gameplay include computer hacking, electronic bypass, and lock-picking events. Computer hacking has you match up two codes, controlled by the left and right analog sticks and set with the left and right triggers, on a grid where every character except the codes randomly change. After a certain amount of time, the location of the codes in the grid will change. It's really not too hard to do. Electronic bypass makes you cut circuits in order from 1 to up to 10. It starts out easy enough, giving you ample time and only making you cut four or five easy paths. Later on you'll only have fifteen seconds to cut ten circuits and those can get a little frustrating.

They're still not half as bad as lock picking, at least on consoles. Lock picking has a set of three to five tumblers. The position of the tumbler is controlled with the left trigger button. When that's in place you simply push the right trigger to set the pin. Sounds easy, right? But when the position where you set the pin is only a hair thick and you have ten seconds to set five pins, you'll wish you had brought extra EMP charges. The PC version, on the contrary, is much easier since it is controlled with just the mouse.

The sound design is very minimal. I think it works for a stealth action game, but some ambient soundscapes would be nice at least. There isn't really a soundtrack to speak of, except for a couple songs, including 80s classic glam-rock single "Turn Up the Radio" by Autograph during a fight with a coked out Russian mob boss who seems stuck in the era with his Flock of Seagulls haircut and purple leopard-print leisure suit. Recall what I said about half-baked.

I'd say any comparisons to BioWare are fully justified — after all, these are the same guys who brought us KOTOR2. I'm intrigued by the fact that this is a role-playing game. While an open world sandbox-style action game seems on the surface to be a better fit for the spy genre, going the RPG route is certainly fresh...