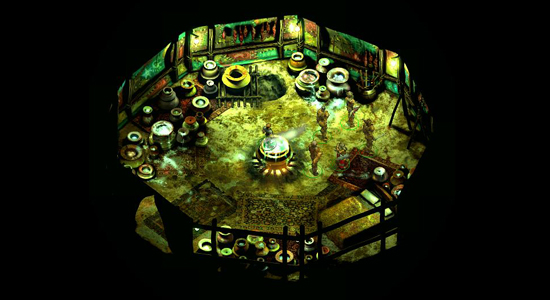 ack in 2000, when the first Icewind Dale game was released by Black Isle Studios, it faced a bit of trouble from being released on the same day as the highly-anticipated Blizzard Entertainment hack-and-slash juggernaut Diablo II. The game still received favorable reviews, however, and the popularity of computer RPGs at the time undoubtedly boosted its sales. When Icewind Dale II came out, it faced a different problem, being released mere months after 3D RPGs such as Morrowind and Neverwinter Nights had begun taking PC gaming by storm, and it still used the tried and true 2D Infinity Engine. Fans of the series didn't mind, and the game still sold well, but it would sadly be the last title developed with the Infinity Engine. 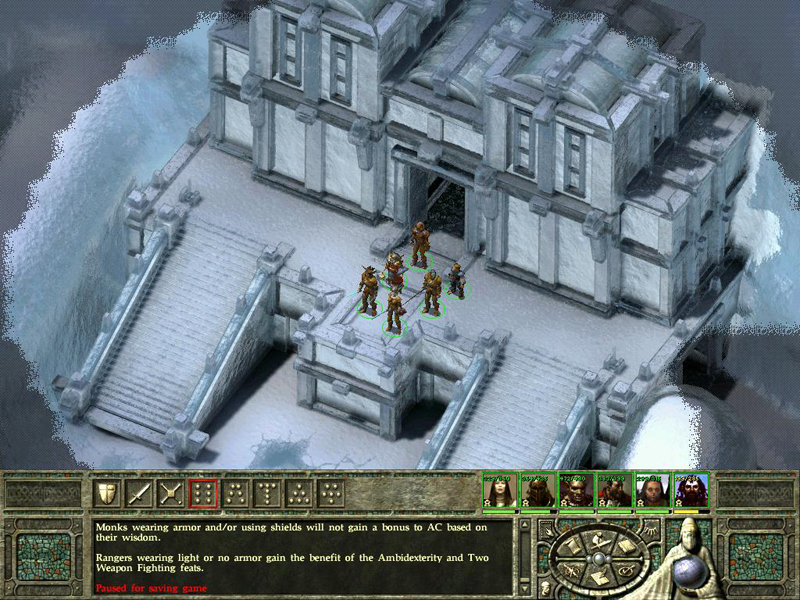 Big on action,
light on plot and dialog.

Icewind Dale II takes place not long after the events of the first game. The player is allowed to create a group of up to six characters, same as the first. Icewind Dale II was the first and only Black Isle title to fully use the 3rd Edition D&D rule set. Because of this, character creation was a lot more intricate. With the addition of 3rd Edition, new races and classes were brought into play, along with the new skills system and feats. All of the classic 2nd Edition races and classes were still available, and new races included various humans, dwarves, halflings, elves (including the ever-popular Drow), and the half-orc.

Classes are more intricate, such as paladins and clerics being able to choose different paths, and the new barbarian and sorcerer classes (which were first introduced in Baldur's Gate II, but officially part of the 3rd Edition rules). Skills allow you to hone your characters' strengths and weaknesses, aiding in saving throws during combat, rogue skills, identification skills, among others. Feats, like bonus skills, give your characters special abilities, add to their weapon and armor proficiencies, or boost their stats, much like perks in the Fallout series. Anyone who is unfamiliar with D&D, or perhaps wants to jump right into the game without going through the tedium of creating his own characters, can choose a prefabricated group of adventurers; each having a variety of classes, races, and alignments.

Icewind Dale II, like its predecessor, is an action game at heart and pretty light on story and dialog. You begin the adventure as a mercenary group hired to help defend the village of Targos, one of the Ten-Towns of the Icewind Dale, from an invading goblin horde. You are put in the action shortly after you step off the boat. The action is often unforgivably hard, at least early on in the game when your group is weak and unskilled. As the game progresses, your levels and skills increase, and your magical prowess expands, the difficulty becomes less of a concern. The game doesn't offer a whole lot of replay value, unless you want to try playing different races, classes, or trying out a personal challenge. The Heart of Fury mode we first saw in the first title's expansion pack is also available in the sequel, creating an additional trail for anyone who wants a more hardcore action experience. 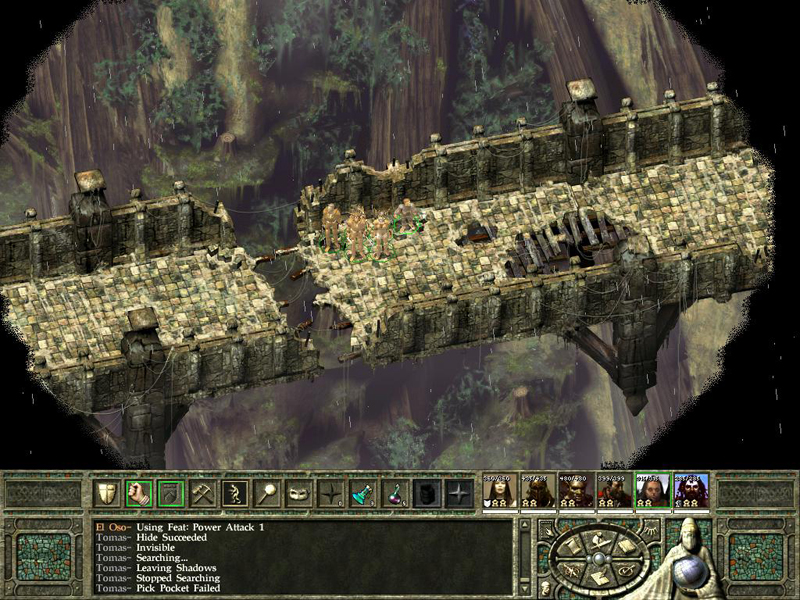 Graphics and animations were
borrowed, but fans didn't mind.The game's only real downfalls are the fact that it recycles a lot of graphics and sounds from its predecessor, as well as the lack of story and character development. Much of the monster graphics and animations have been borrowed from Icewind Dale and Baldur's Gate II, although there are plenty of new graphics including more enemies and all the new backdrops. There aren't more than a few new character portraits or sound sets. Some of the music is recycled or similar — but that's not so bad, because the music is really good. The weaker storyline can be attributed to the game being more of an action dungeon-crawl than a deep, rich, mostly story-based game like Baldur's Gate II or Planescape: Torment were.

Oftentimes, though, your heroes' reactions to situations don't seem to accurately reflect their path in life due to the limited dialog options. For instance, my paladin, who was very noble, diplomatic, and heralded a very high charisma, would commonly speak down on enemies and not try to reason with them at all. Other times, however, when being offered a reward for a quest, she would have the option to turn down the reward in the name of her church.

Challenge and customization that the 3rd Edition rules brought into Icewind Dale II makes up enough for the title's flaws, leaving a solid, very enjoyable game.